Let me make myself clear: the shooter genre is by no means in financial trouble. Call of Duty, Destiny, and Far Cry are all sitting on healthy piles of sales in the West. Overwatch is also innovating the genre and even making a mark on pop culture by bringing in a wide, diverse audience. But Nintendo’s newest big franchise Splatoon is special. Splatoon saved shooters not from financial problems, but from criticism, from going stale. It turned everything we know about the genre on its head and freshened up a severely oversaturated market. 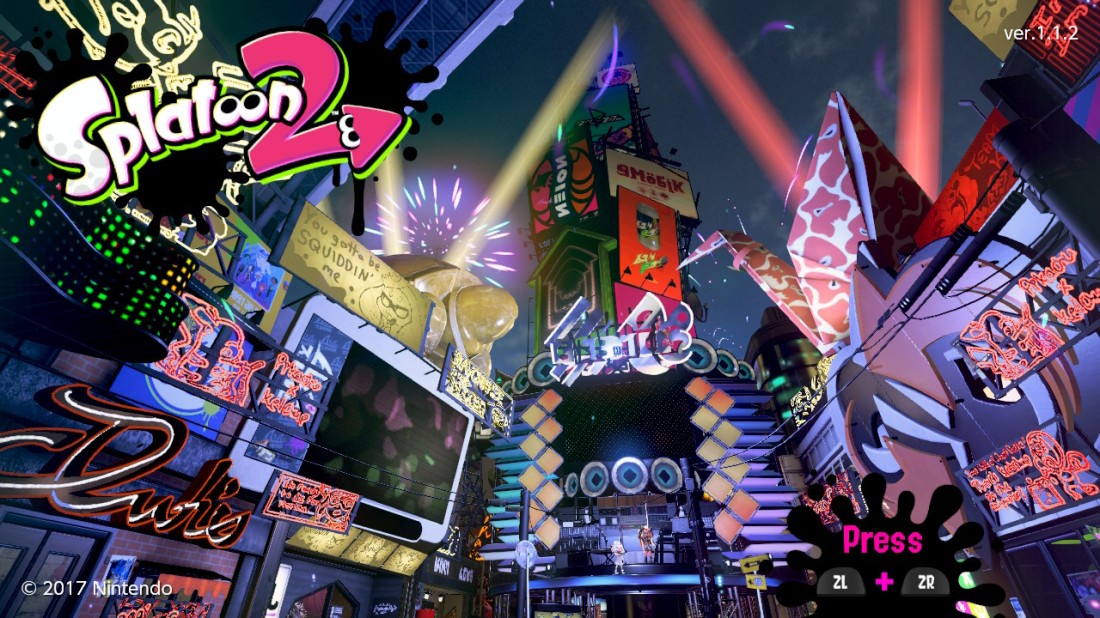 The crux of all of Splatoon’s twists lie in the inking mechanic. Movement? Cover? Reloading? All done by swimming in ink. By making everything connect to inking, including making kills (sorry, “splats”) and covering turf to win a match, you streamline the experience into something so sleek and cohesive that other modern shooters seem clunky in comparison.

Even Splatoon’s art direction is a snub against the genre’s conventions. Instead of gritty, realistic men touting rifles, you have cartoony, snarky youths with giant paint rollers. Instead of fighting in spaceships and war-torn cities, you cover turf in museums, skate parks, and grocery stores. Instead of starting in some military base, you start in a bright city plaza filled with fashion stores, food trucks, and dance parties.

Speaking of parties, the Splatfest events are a great way of keeping the game alive and relevant even a year after release. I anticipate each new Splatfest and I get disappointed if my schedule doesn’t line up with it.

The game’s monetization is also going against the grain. In a day when shooters are filled with microtransactions, lootboxes, and paywalls for every bit of content, Splatoon offers free updates with new maps, weapons, and modes. Its one paid DLC, the Octo Expansion, is an optional package meant for those who want a challenge. Casual players can ignore it completely and still be happy with a full game.

Finally, the single player campaign also stands out from its contemporaries. First off, it exists. Not something every modern shooter can claim. Second, instead of yet another war against Nazis, terrorists, or aliens, you’re tasked with taking back the city’s zapfish (the squids’ questionable power supply) from the Octolings. The campaign is almost as much a 3D platformer as it is a shooter, teaching the player how every aspect of the game is streamlined with the inking mechanic. It’s not the most enthralling single player story, but it was still satisfying and had Nintendo quality level design.

I typically do not enjoy shooters for three reasons: 1) I’m not good at them, 2) I don’t like gory, realistic violence, and 3) they all look / play so similar to each other that I quickly get bored with them. Splatoon feels like it was made for me. It stands out with its charm, accessibility, and consumer friendliness. And it’s all thanks to the risks Nintendo took with defying the genre.

My wife, who is not a shooter fan by any means, has actually played this game more than I have. I will look back fondly on our Splatfest Nights, choosing sides and dukeing it out against the other team.

What do you enjoy about Splatoon? What has made the game stand out to you?