Hollow Knight is a Metroidvania developed by Team Cherry that released on PC in 2017, and for the PS4, Xbox One, and Nintendo Switch in 2018 for $15. I played the Switch version.

Last time I talked about how I’ll enjoy even a walking simulator if it gives me a good sense of place. 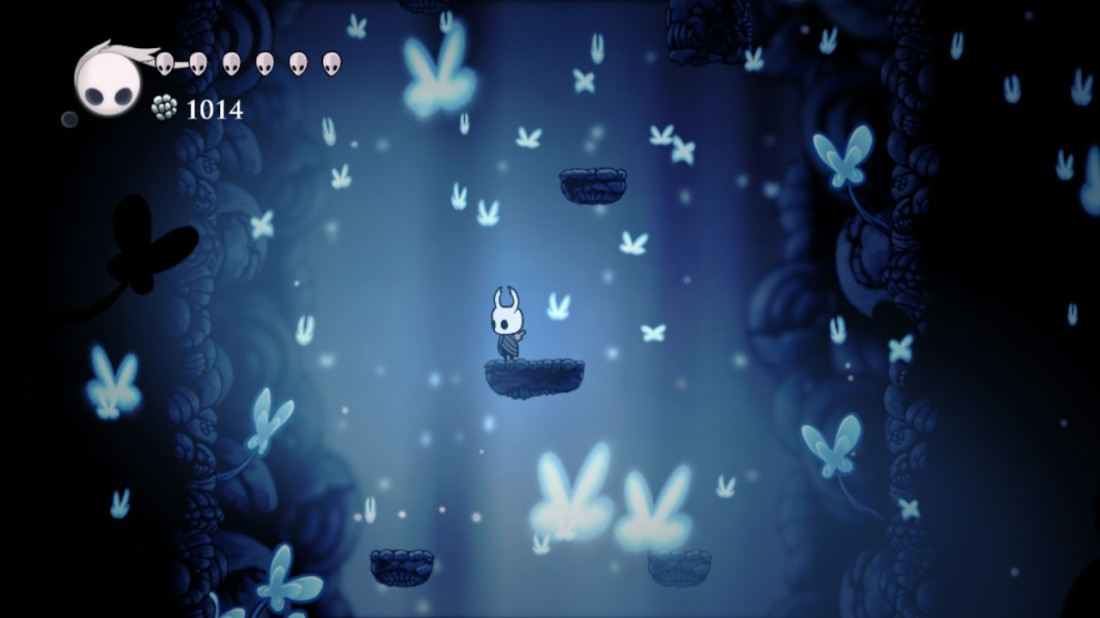 Allow me to expand on how important this mechanic is to me. Exploration and atmosphere may be my #1 favorite thing about video games. I’m willing to forgive many flaws if a game gets this one thing right. From the Mushroom Kingdom to Zebes, from the Kanto region to Hyrule, I love submerging myself in a game’s world. As a kid, I recreated the Chemical Plant Zone from Sonic 2 with chalk on the driveway. In middle school, many notebook pages became backdrops to my own fantasy worlds. And in college if I got bored in class, I’d pull up Google Maps to imagine earth with different geographical features.

Gosh I’m such a nerd.

Anyway, this summer Hollow Knight gave me the kingdom of Hallownest, one of the best 2D worlds I’ve ever explored. It exceeds several AAA games in terms of its immersiveness. How does it do this? It makes exploration a highly emotional experience with key details and consistencies that convince your brain that it’s a real place.

The first thing it does is it adheres to and expands on one theme: a kingdom of bugs. All the bugs in Hallownest, friendly or not, follow a general cohesive aesthetic. Most have mask-like faces with hollow eyes. Most have black limbs with nobs for hands / feet. The infection that plagues enemies gives a constant orange glow. Artifacts from the kingdom are spread throughout the world — lightposts, benches, statues, stag stations, all contribute to this cohesiveness and remind you what kind of world this is.

From there, each area contains its own micro-theme. The Forgotten Crossroads has a somber blue color palate, inhabited by slow-moving flies and beetles. Greenpath adheres to (duh) a dark green color palate, where the enemies hide in foliage to surprise attack you. Crystal Peak glows with a pink, energetic energy still mined by bugs and defended by several crystalline creatures.

Now, most good video game worlds follow these rules. What makes Hollow Knight stand out is how interconnected these areas are, and how the game manipulates your expectations as you explore. 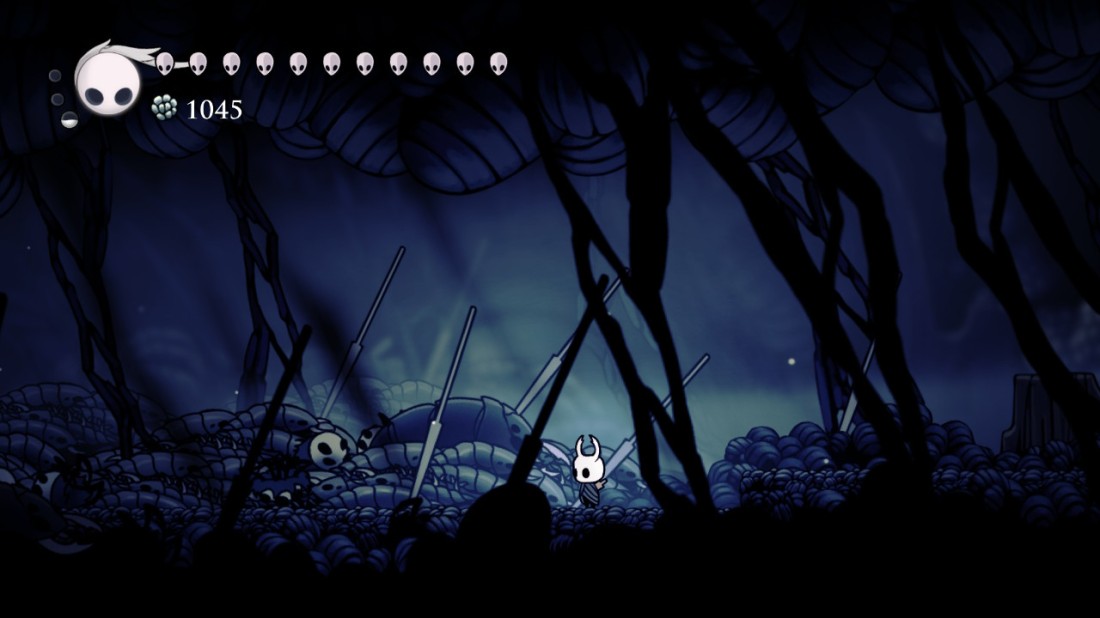 Let’s take the Deepnest as our first example. If you arrive through Mantis Village, you have to endure a fast-paced fight with the Mantis Lords just to be allowed access. Upon arriving, you’re greeted with heaps of bug corpses, and spears remarkably similar to the Mantis Lords’ poke out of their bodies. Without saying a word, the game 1) gives you lore about the mantises defending their home, 2) conveys a realistic transition between areas, and 3) establishes the tone for the new area. The Deepnest made an emotional impact right from the beginning, and was a tense, claustrophobic journey the whole way through.

Now let’s look at the Forgotten Crossroads again (spoilers alert!). After exploring the world for a while, your return to the Crossroads will be much different than before. Everything will have been overrun with the orange infection, and it shocked me as a player. I had never encountered an area that changed so much in a game, especially the beginning area. What were harmless “nail fodder” enemies before became massive beasts. It gave me a sense of just how ruthless this infection is. 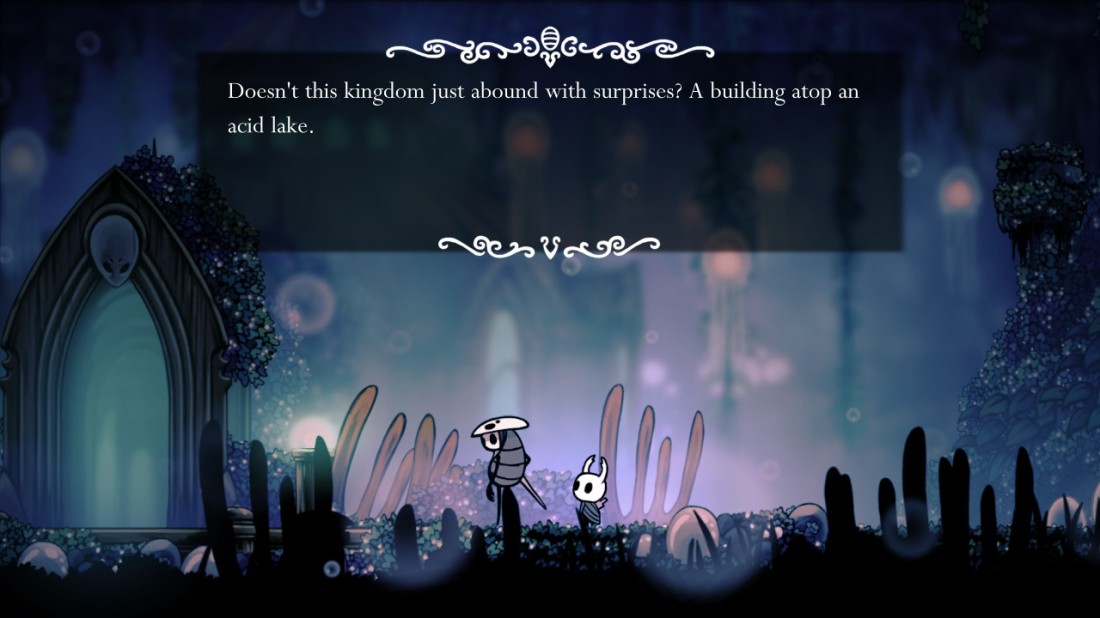 Over and over again Hollow Knight understands what makes a world memorable: it gives you impressive landmarks, logical transitions, and most of all, areas that spark emotional reactions. And with emotion being closely linked to memory in the brain, no wonder I felt this journey through Hallownest was unforgettable.

3 thoughts on “Hollow Knight: How to Design an Immersive World”