Fire Emblem Awakening is a strategy RPG developed by Intelligent Systems and published by Nintendo. It released on the Nintendo 3DS in North America in 2013. I played it on the 3DS in 2019 (shout out to my friend who lent me the game when my cartridge stopped working!).

Once upon a time,

Westerners got their first taste of Fire Emblem (then a Japan-only series) on the Game Boy Advance thanks Marth and Roy being in Smash Bros. Melee. It was seen as a substantial success, enough to show Nintendo that it was worth bringing future games to the West.

However, that success didn’t last long. When the DS games started to struggle, Nintendo became cautious. They said that if the 3DS game didn’t sell well, then the series would be discontinued. In a last-ditch attempt, the developers found a hit with Fire Emblem Awakening, where a new wave of fans came in. The series was famously saved and pushed into the mainstream, but not without backlash from older fans who despised the things Awakening introduced to make it accessible.

And then there’s me, who first got into the series with Fire Emblem Echoes, a game with several “casual” features from the 3DS games, but also with the design philosophy of the old games. I have no idea what kind of Fire Emblem Fan I’m supposed to be.

It was a struggle to approach Awakening, given its formidable reputation swirling around it, but finally I managed to reach the eye of the storm and play it. Overall, just 2 games in, Fire Emblem might be one of my favorite series ever. Awakening had significantly better maps and gameplay than Echoes; however, its story lacked in key places and tripped over its own ambition. 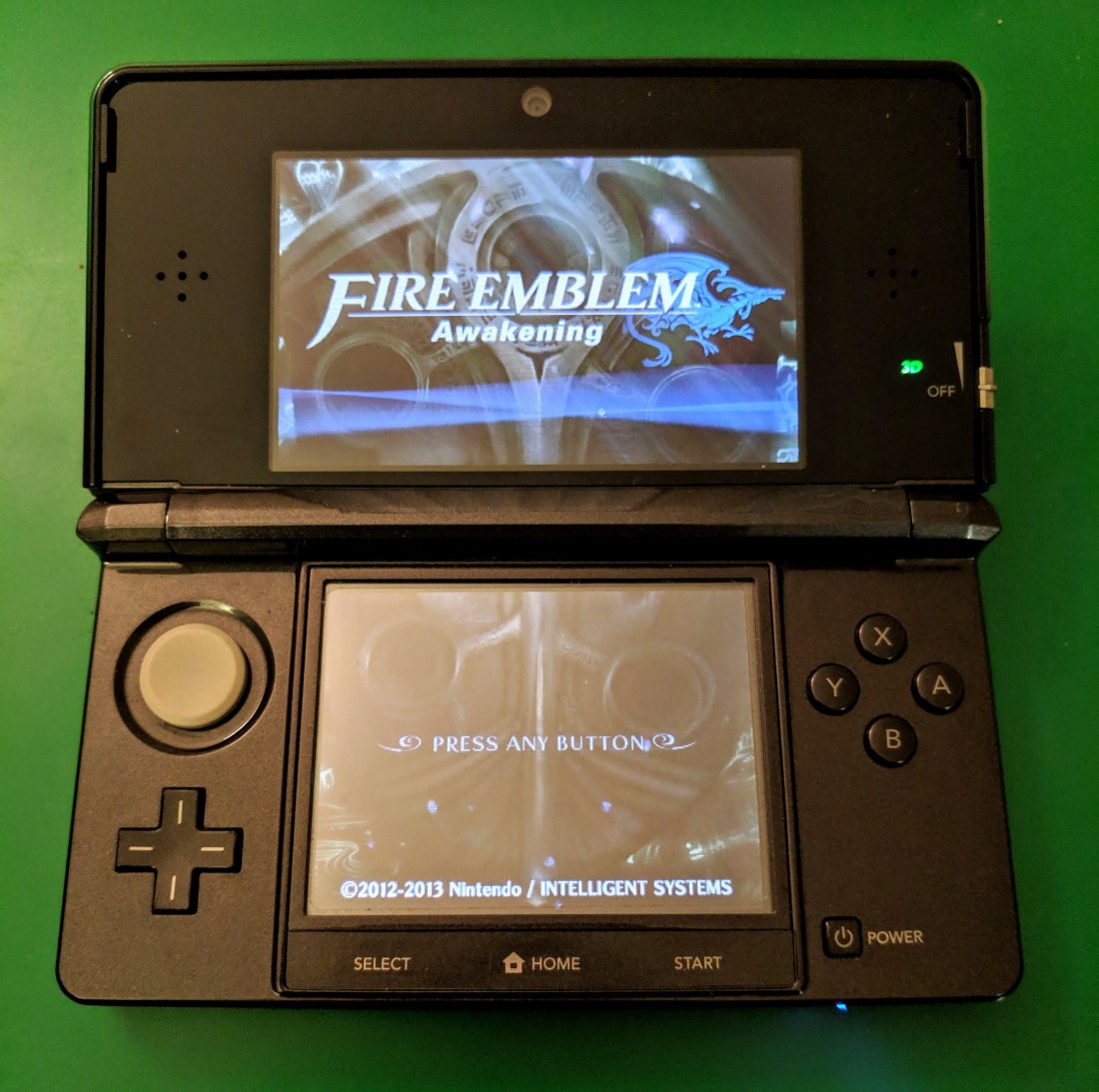 As I said before, Fire Emblem Echoes used a gameplay philosophy from the series’ early days, back when it was Japan-exclusive: terrain had a high priority, and spellcasters were risky to use. There was dungeon-crawling, summoning “expendable” soldiers, and new skills learned from special weapons.

Well, I sure had a rude Awakening (har har) when thrown into the modern Fire Emblem gameplay. There were no dungeons, no summoning, and less emphasis on using terrain. There was a weapon triangle, serving like Pokemon types (Sword > Axe > Spear). I could pair up units to cover weaknesses, gain an advantage, and help out any new recruits. Furthermore, weapons could break, and skills were tied to classes. At first playing the game was like biting into an apple and then realizing it was a pear. It was jarring at first, but I ended up liking this system just a little better than Echoes‘. 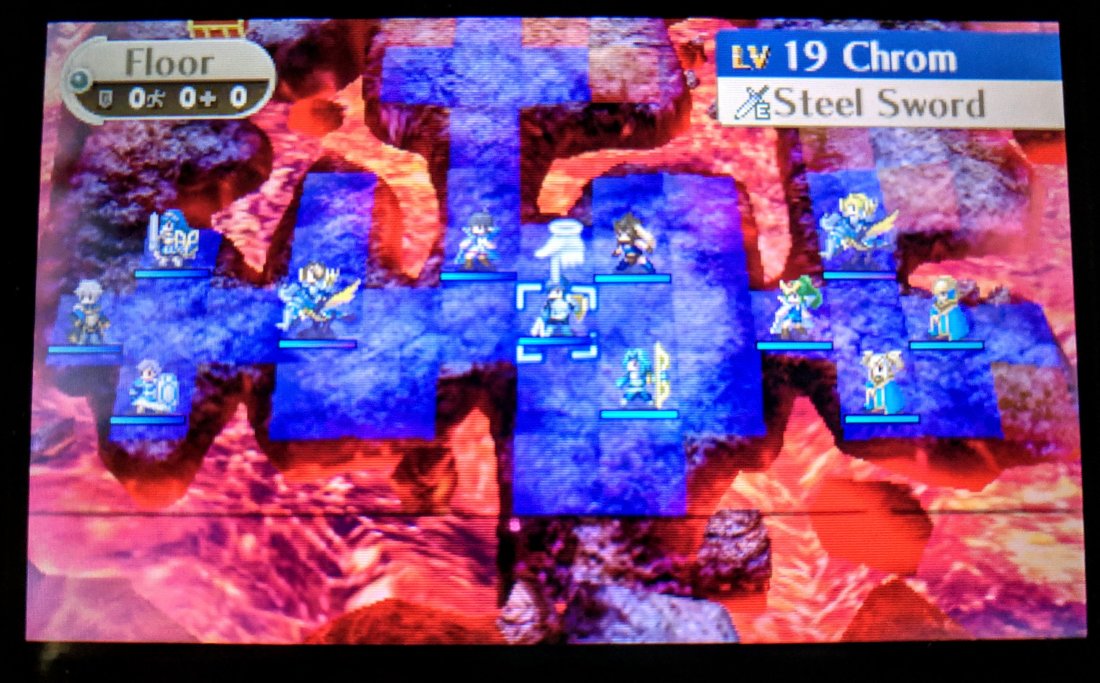 The map variety, though, was the best improvement. There was a volcano with its gradually shrinking land, the labyrinthine roots of a massive tree, and your standard cliffsides, harbors, and valleys. Echoes had some decent story maps, but the maps inside the dungeons were so featureless that I could barely trudge through them. Awakening also had a substantial buffet of side quests, something that Echoes sorely needed. 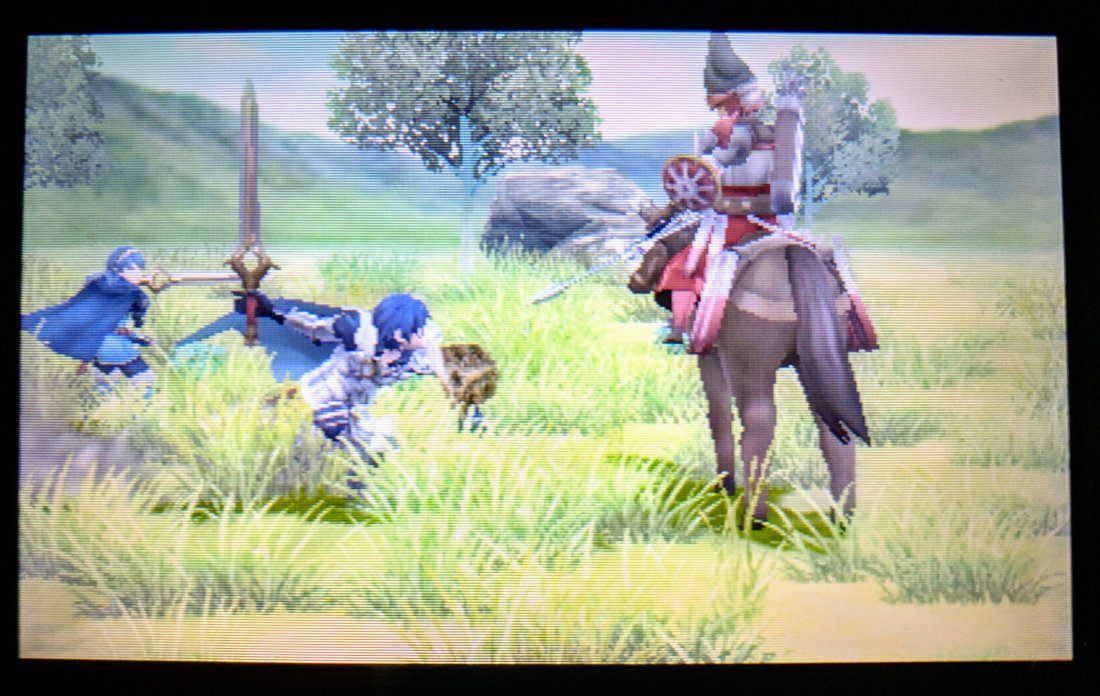 I expected a huge cringefest when it came to the relationship building and… romantic aspects of the game. I was worried it would be filled with fanservice and waifus and the like. But to my surprise, everything was quite tame and inoffensive. In fact, I think the whole marriage and children mechanic was a good merging of story and gameplay, especially when combat revolved around pairing up units. The writing was pretty lame for most of the character interactions, though. Some sincere moments came through, but most of the time I just shook my head and moved on.

Which brings me to my issues with the story in general. It’s evident the developers wanted to create a grand epic involving multiple continents, subplots, and the children from your relationships. However, it ended up feeling aimless and disjointed, with units suddenly joining your cause without ceremony and Chrom (the main character) just going along with it. Chrom himself gave me many mixed feelings; he’s like the Ash Ketchum of Fire Emblem – on one hand, I like how loyal and sincere he is to everyone; but on the other, can he really be that naive? I was fully expecting one of my units to betray the company at any moment and hopefully teach him a lesson. But no, he went unpunished for being the same flat, friendly character the whole way through.

Robin, aka the player’s avatar, had a decent arc and late-game reveal, and he is probably my favorite part of the story. I especially liked his character revolving around breaking away from others’ expectations and deciding your own future. Similarly, I initially liked Lucina’s theme of trying to overcome insurmountable odds and fighting what has been “decided” for you. However, the writing never developed beyond that premise, so she never made any real growth. Some side characters had surprisingly interesting arcs, but overall I found the main characters’ stories underbaked. 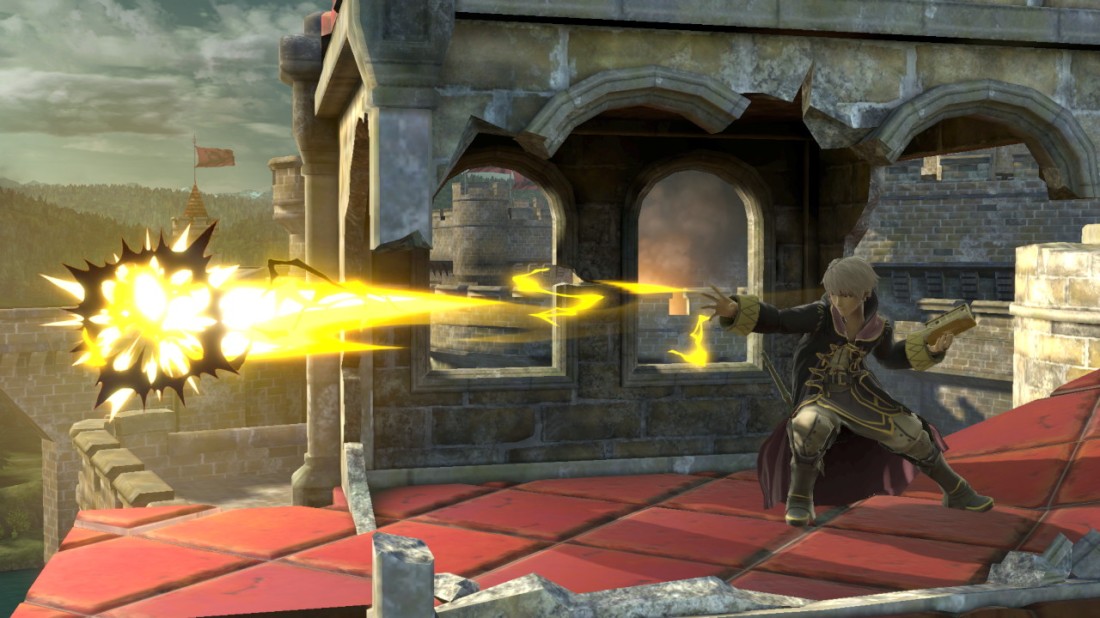 Echoes had a simple yet compelling coming-of-age story, and I felt strongly connected to both Alm and Celica with their opposing viewpoints. The side characters were also a treat to listen to and had a real story presence, both as it built up to them joining the group and as they talked in side conversations. In contrast, I felt more connected to Lucina as my main in Smash Ultimate than I did playing the game she’s actually from. I feel sad saying that, but it’s true. 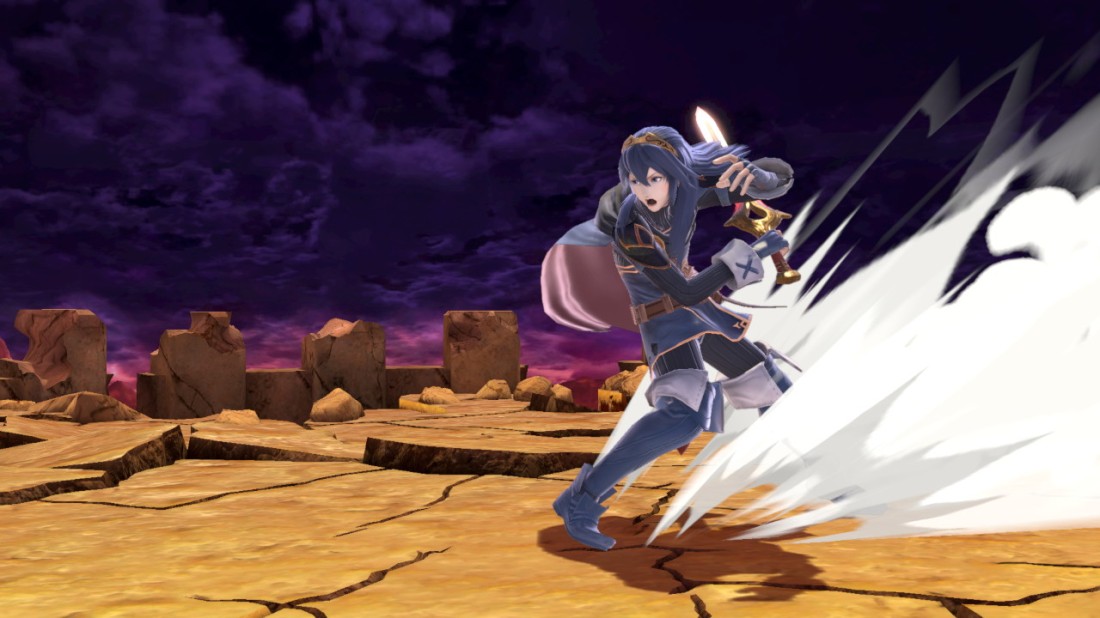 And yet, that tactical RPG formula is such captivating gameplay for me. There’s this rhythm to a battle where the tension builds up as the chess pieces move back and forth, building up to a high-stakes choke point to keep your units alive. And then when you emerge from that point, you breathe a sigh of relief and claim the victory. It’s so rewarding. I also quite enjoy micro-managing my army, customizing my units, and seeing my characters grow into stronger classes. My army became a death machine of Sages, Pegasus Knights, and Wyvern Riders. I enjoyed outmaneuvering my opponents, defending positions, and carefully fleeing out of dangerous situations.

I’ve yet to find a “perfect” Fire Emblem game, and yet Fire Emblem is the perfect series for me. The strategy and RPG mechanics are graceful dance partners, and my empathy for the characters raises the stakes. I’m dying to pick up the Game Boy Advance games, and (Hogwarts simulator and all) I’m happily anticipating Fire Emblem: Three Houses coming out this July.

One thought on “Fire Emblem Woke-ning”