This weekend I took a leap of faith into a new aspect of gaming: going to an actual meeting. We were in Seattle for my wife’s work and she noticed Renton City had this retro gaming convention. As she was working, I went in by myself. My older brother has a substantial video game collection, so I wanted to test the waters. 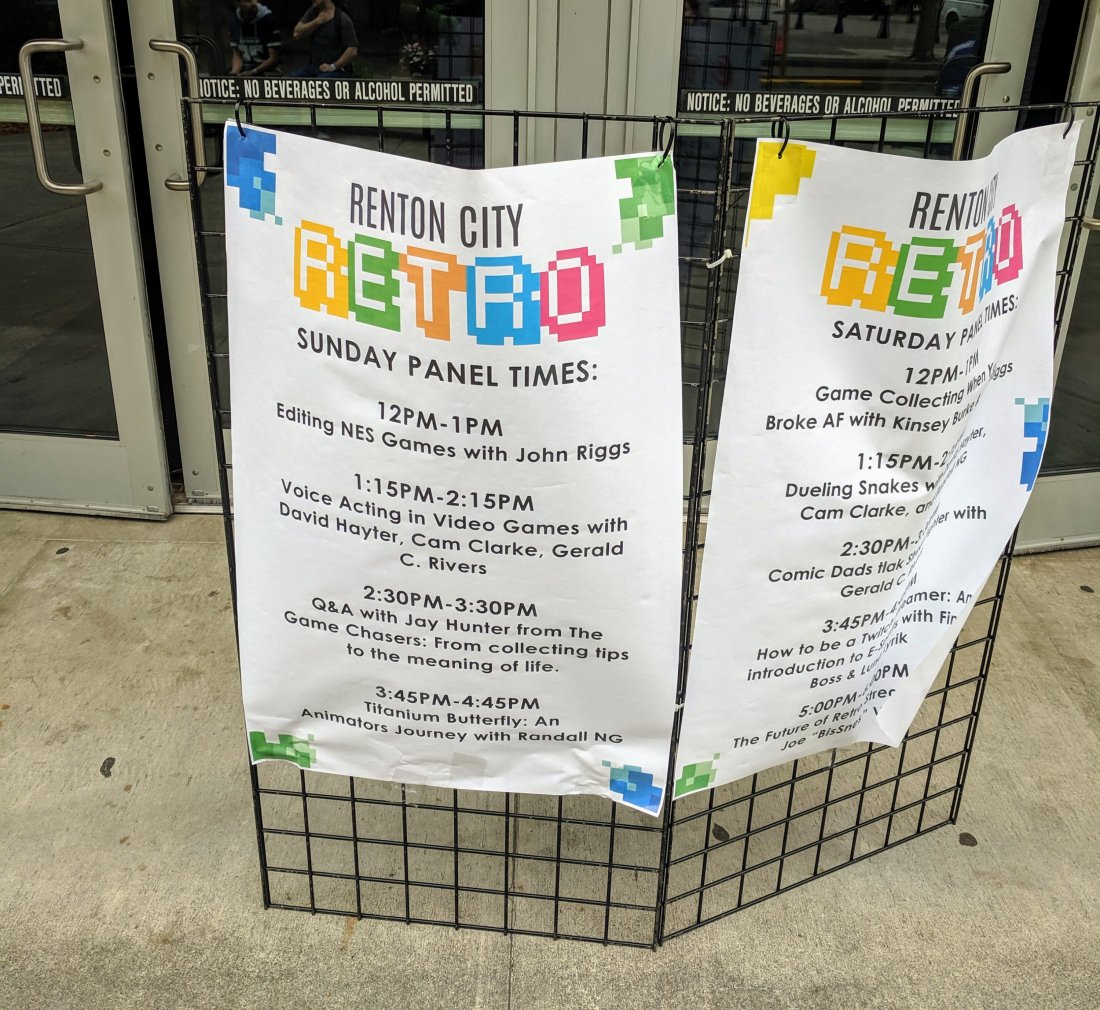 As small a convention as it was, there were still several booths full of games, consoles, and fanart. My introverted self felt a bit overwhelmed at first. 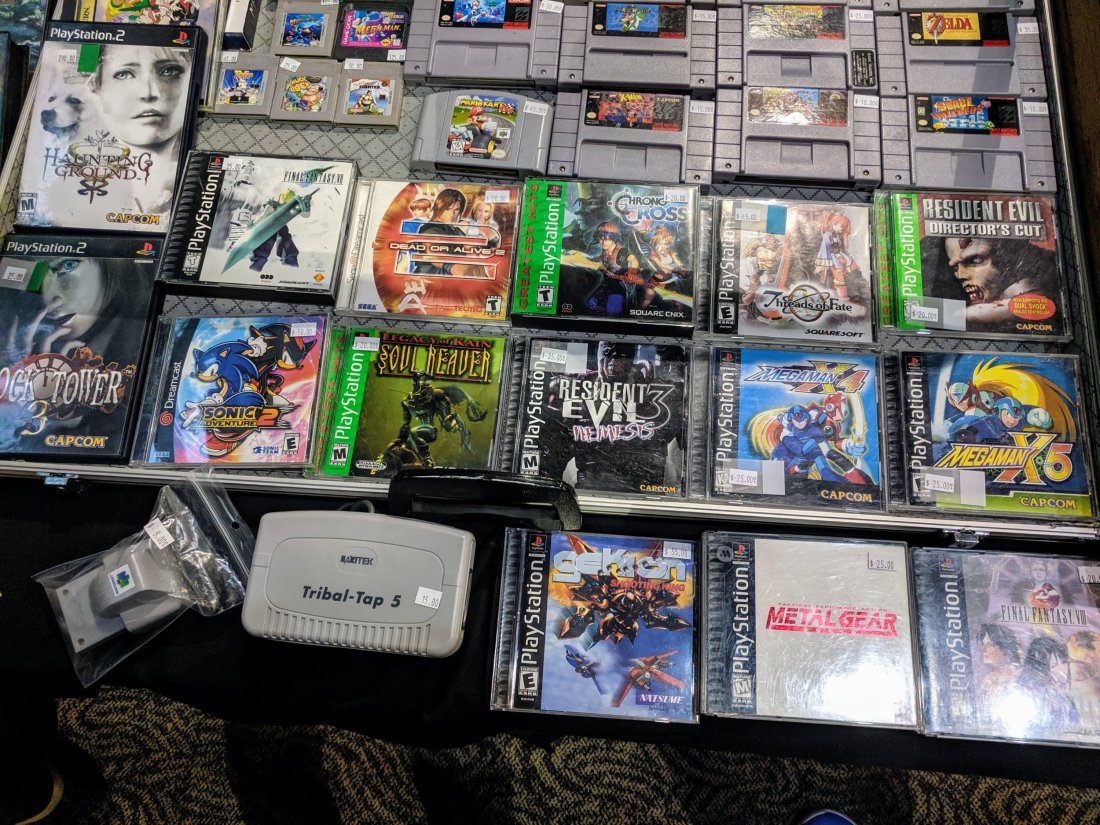 My favorite things I saw were the more obscure things like a Sega Dreamcast, NES games still in the box, and an actual Game Gear. That thing is an absolute unit.

The first panel I attended gave tips on how to collect retro games. It was all sound advice, including trying to get games that are easily sold (i.e., extra copies of Mario and Zelda) and using those to trade in for the more expensive games. However, I felt like many of the things they suggested (i.e., patiently going to thrift stores and garage sales) would be too much work for what I can do at the moment.

The second panel featured voice actors David Hayter and Cam Clarke, both of which acted in Metal Gear Solid. Hayter voiced Solid Snake and Clarke voiced Liquid Snake (he has voiced several cartoon characters as well). Being such a small panel made it feel intimate when compared to the concert-sized comic con panels that I’m used to. I’m honestly a bit surprised Renton City Retro was able to get these guys. They said goofy, out-of-context phrases in character and made a funny answer to just about every question thrown their way. This panel alone made the whole thing worth it! I asked Hayter what it was like to voice for Smash Bros., and he said he enjoyed using his “serious voice” to talk about the other fighters in his Easter Egg codex lines. Naturally there was a Solid Snake cosplayer asking questions as well. 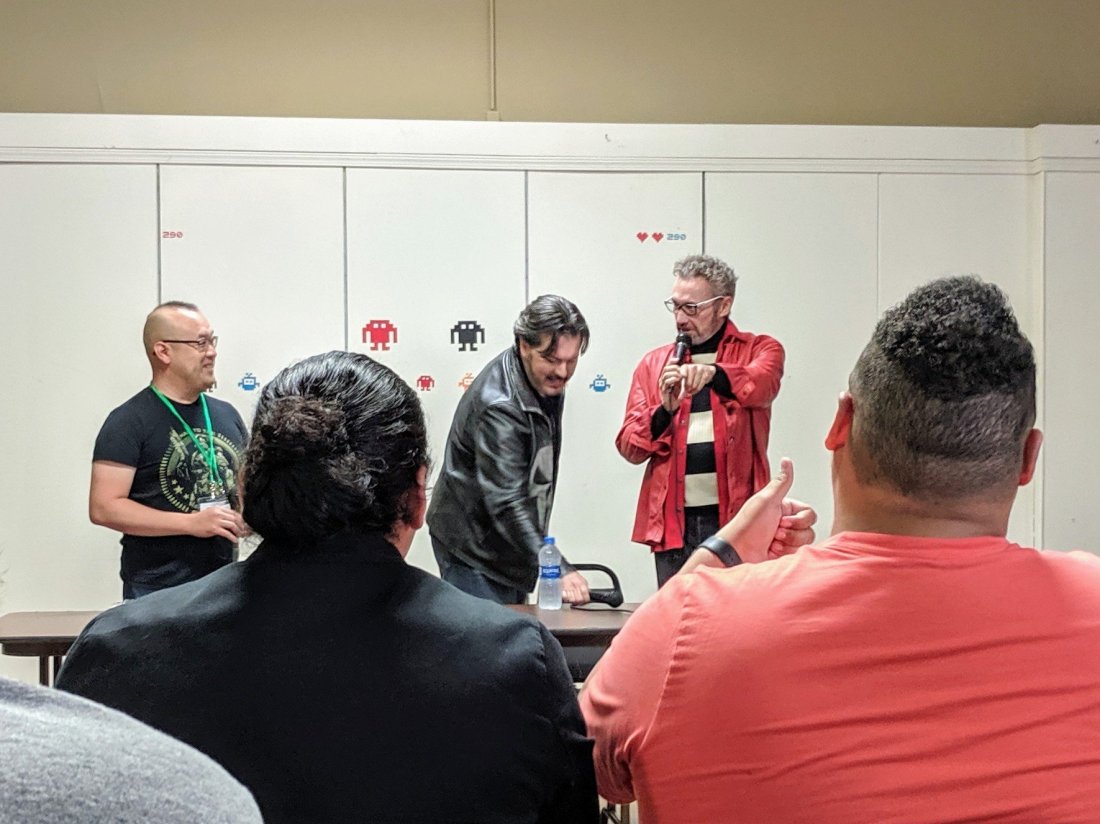 I’m more of a panel guy than a picture and autograph guy, so I’m sorry I don’t have any pictures or autographs with him. But I am officially a few degrees closer to knowing Masahiro Sakurai and Hideo Kojima!

By the end I don’t think I can invest that much time into collecting, but I remain impressed by those who do. Someday I may nab a Dreamcast or a Vita and get into those libraries, but that day is not today.

What collections do you guys have? Is there a retro system that has always interested you?