Super Mario Maker was arguably the best idea the Wii U ever had. If this game were a launch title, I think the Wii U would have had a completely different story. For the past 3 years now YouTubers have posted their run-throughs of Mario Maker fan levels and discussed Nintendo’s famous approach to game design. 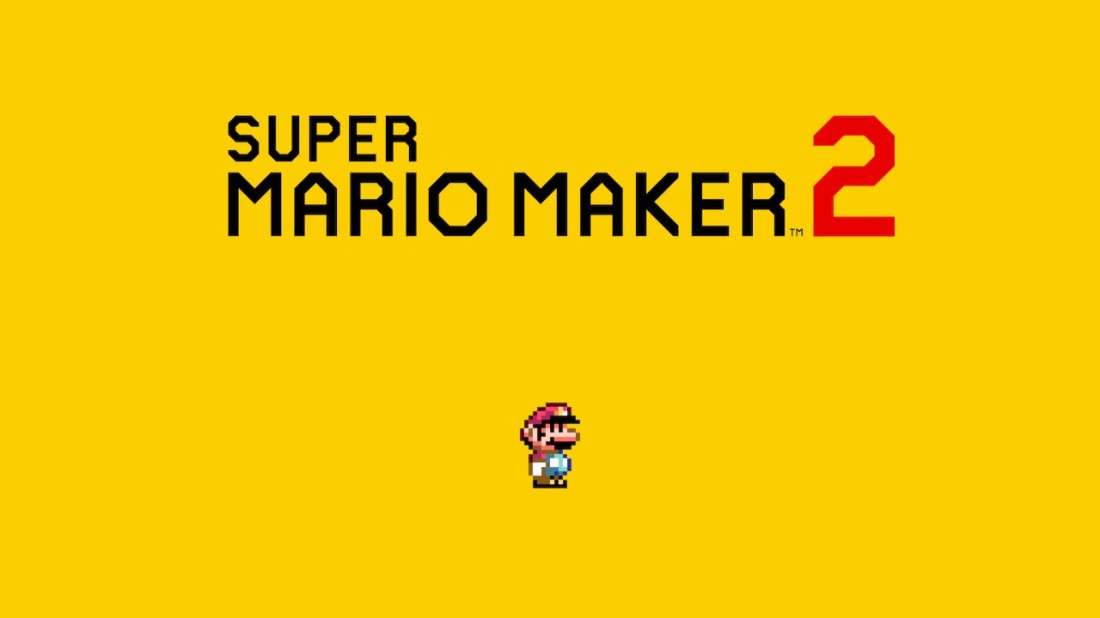 If you aren’t aware, many people smarter than I am have talked about Nintendo’s emphasis on making a game’s controls and gameplay first, and designing their levels in 4 phases: 1) introduce a mechanic in a safe place, 2) develop the mechanic and show what it can do, 3) twist the concept, making the mechanic flip on its head, and 4) conclude the mechanic.

I think this is an amazing method to make approachable yet challenging levels. You never feel lost or confused, because you’re subconsciously being taught the mechanics as you go. The pacing of the 4 phases creates this unspoken narrative, with an introduction, rising tension, climax, and denouement. It’s a satisfying groove to get into.

You know me, I like those heartfelt stories and that emotional impact. I know that simple fun is what Mario’s all about, but still, I’d like to put some extra depth into my levels, or at least create a unique and cohesive world to traverse. I will certainly use the 4-step approach as a skeleton framework, but on top of that I want to present an endearing story, with each level mirroring a play with 2 Acts. 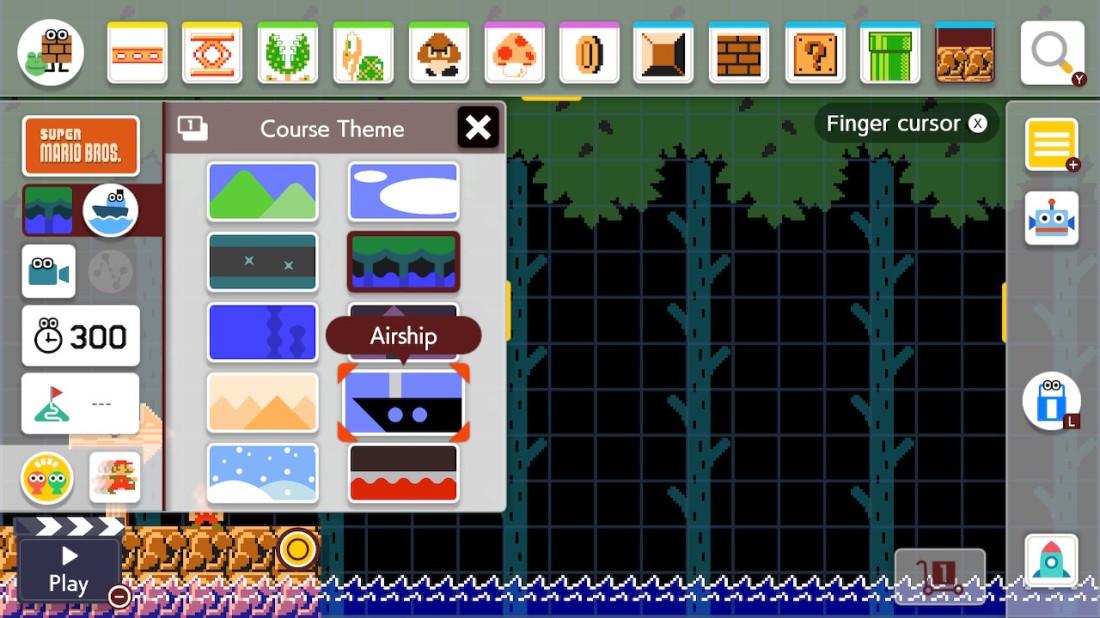 To create a cohesive world, I’d have to make the platforms a believable element of the level, not just random squares floating in the air. So for this level, I’ll pick the airship theme. In Act 1, Mario will navigate through a fleet of small ships, each “piloted” by an enemy. Then in Act 2, Mario will enter a big airship and take control of one of the enemies’ flying Clown Cars, making for a cathartic climax and denouement. I’ll call it the Dogfight Kingdom. 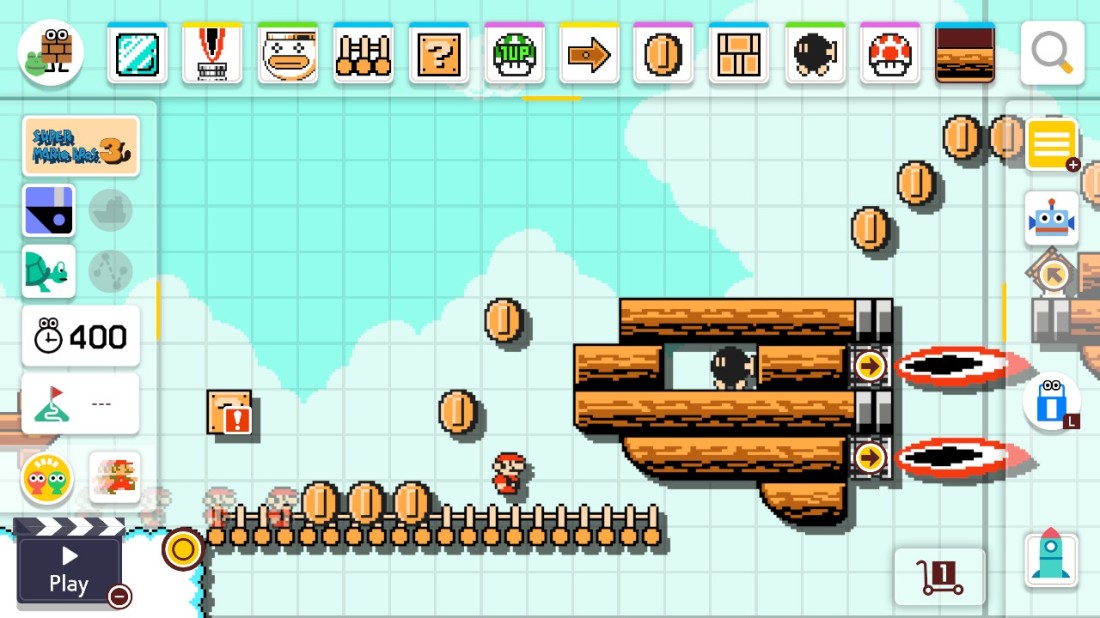 I’ll start by introducing the small airships as the primary platform Mario will jump on. The first one has no enemies, while the following ones will have a simple cannon or Bomb-omb on top.

I think it will be fun to have the entire kingdom inhabited by specific enemies, and for this first level, Bomb-ombs will be the “pilots” of the ships. As Mario jumps onto a large airship, I begin teasing the mechanics of the 2nd Act: below Mario, Bomb-ombs will pilot Clown Cars. They fly in isolated “docking bays” so that the player can safely observe how the enemies use them before being put in the seat themselves. Then I’ll put in a checkpoint flag and a powerup for some relief. 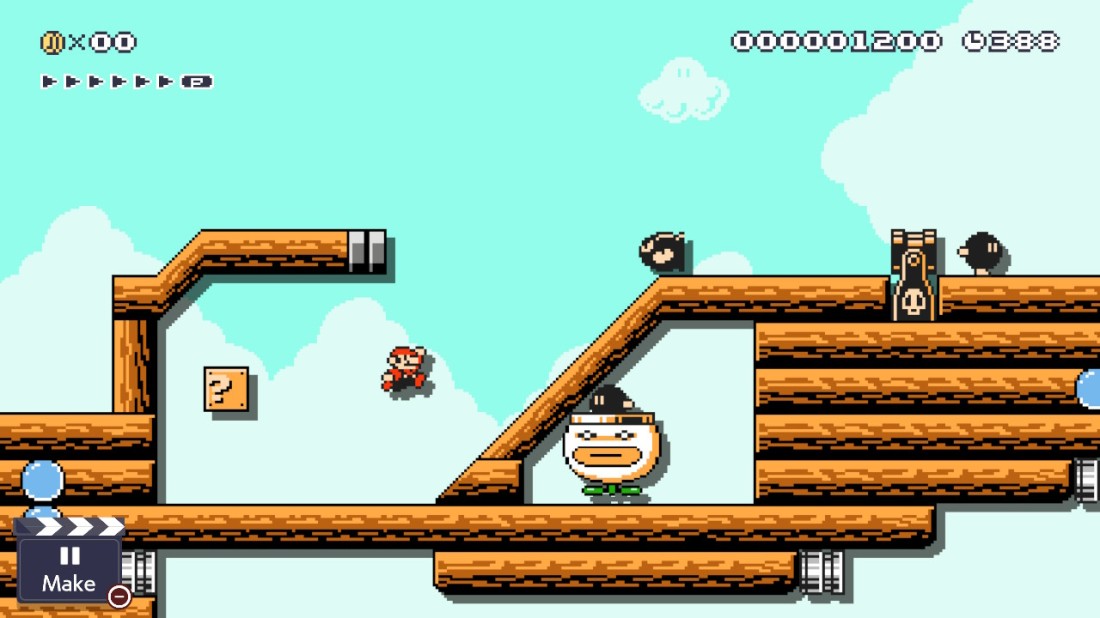 The difficulty ramps up as the airships fly closer together. The player now has to consider the fire thrusters and other floating ships when making their jumps. To aid the player, I’ll throw in some coins that act as an invisible guide. Then the second large airship arrives and the player gets to go inside. 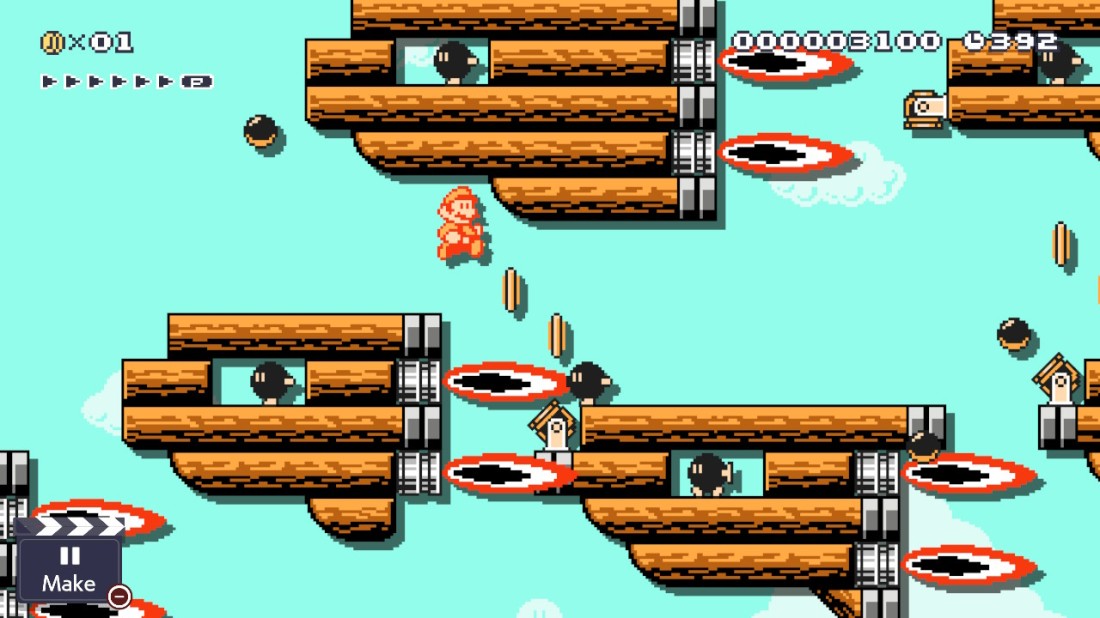 I want to give the sense that the airship is a real place, with underlings going about their business. I included a cute Easter egg of Bomb-ombs on a date inside the ship. I think it’ll be my calling card for future levels. 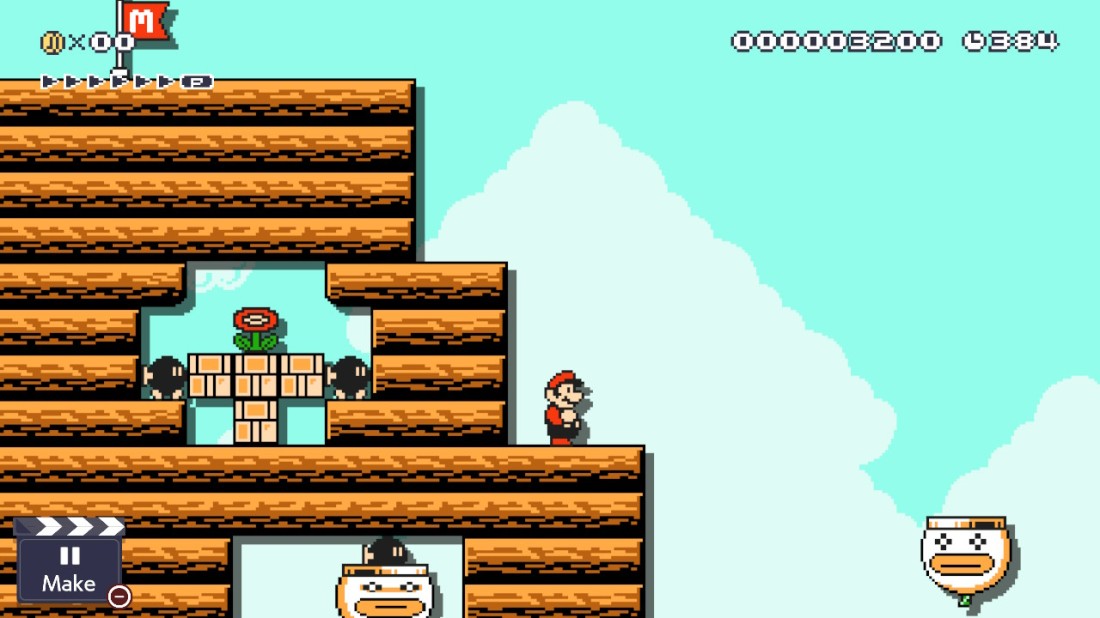 By the time Mario finds the Clown Car, the player should know what to do. But for extra measure, I divided the ship into rooms to introduce one idea at a time to let them get the hang of it. 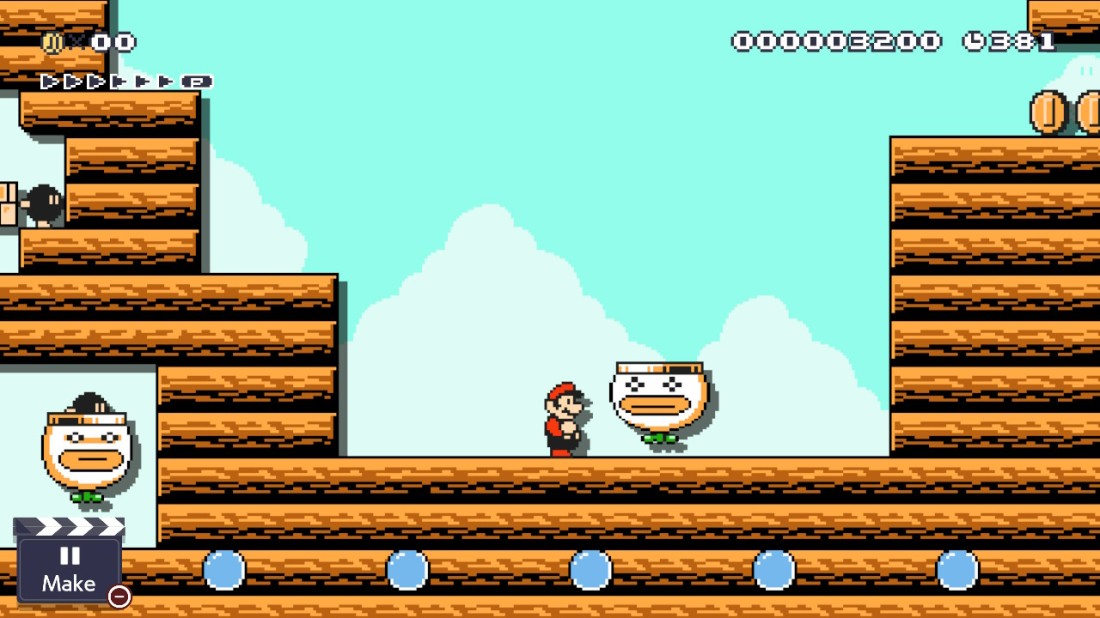 Admittedly the 2nd Act is shorter than what I anticipated. I ran out of space. But that’s what sequels are for anyway. The level climaxes with a “boss” of a big Bomb-omb in a Fire Clown Car, followed by a string of enemies that the player can annihilate. As Mario leaves the big airship, I end the level with another small airship, a bookend for the level’s main ideas. There’s a 1-up mushroom waiting on top for the braver players. 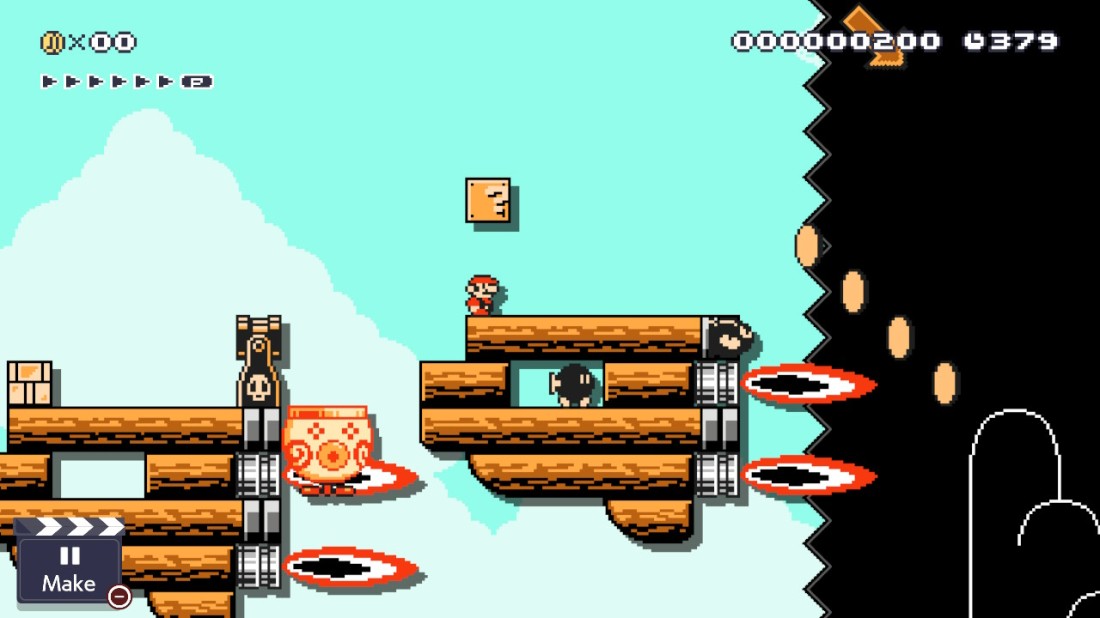 Then I asked my friends and family to play-test this level, and I learned several things about level design: 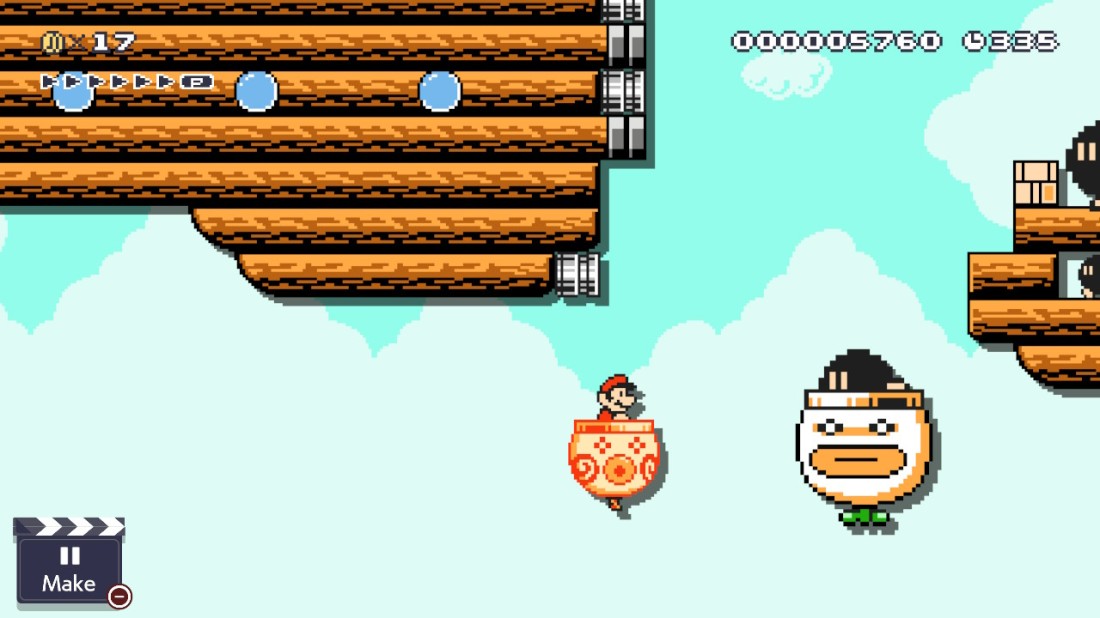 Difficulties aside, I had fun with this and I’m proud of my level. I’m excited to keep this concept going and I think there’s definitely room to expand the mechanics into at least a few more levels. If you’re interested in playing the level, the course code is: QFG-3PK-D8G.

If you need me, I’ll be honing my Mario design skills. Happy making!