Oninaki is an action RPG developed by Tokyo RPG Factory and published by Square Enix. It is releasing on August 22, 2019 for PS4, PC, and Switch for $50. This is my review of the demo.

Dangit, Square Enix, why’d you have to release another good RPG this year?

I already had my “to-buy” games list finalized, but then this Oninaki guy thinks he can just walk right in with its responsive, fast-paced gameplay and intriguing story and knock my budget for a loop. 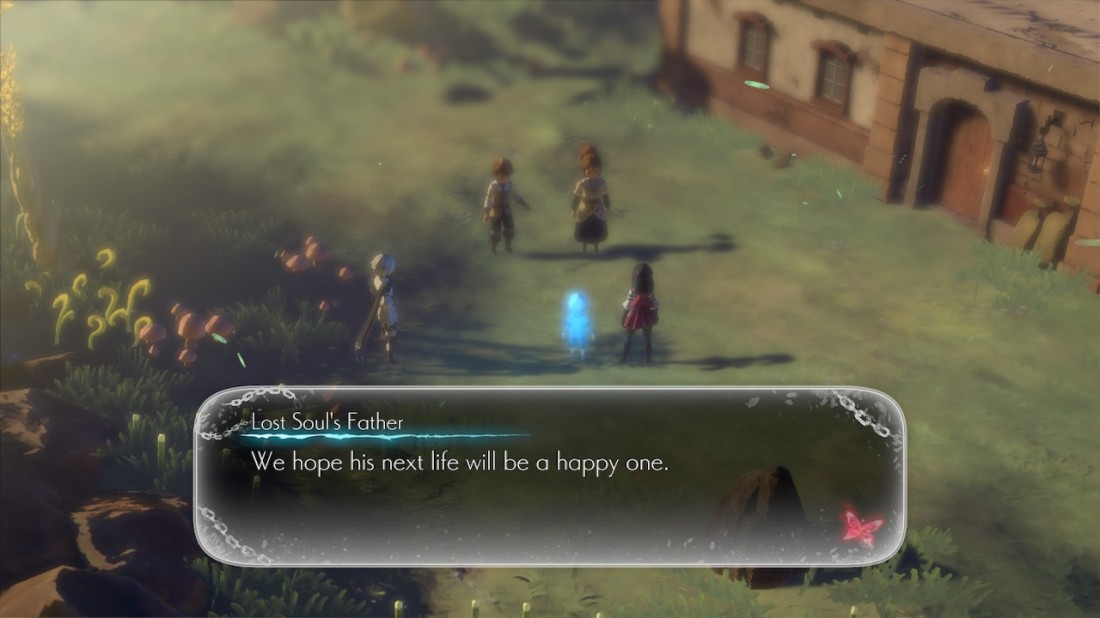 The world of Oninaki is inspired by a unique blend of Western and Eastern religious traditions. The prevailing belief of the people centers around death and reincarnation; specifically, making sure those who pass away don’t do so with regret, otherwise their spirits become part of the Lost and can’t reincarnate. Your job is being a Watcher, who helps guide both the living and the dead. The hitch is that the culture of this civilization has become obsessed with death, suppressing their grief over a lost loved one for fear that it will make that spirit regret their death and become Lost. A strange cult has even formed to try and guarantee a good reincarnation with your family. I’m intrigued to see how this story premise develops.

Your job as a Watcher often involves fighting monsters both in the living world and the spirit world. The weapons you wield are actually a special kind of Lost spirits who you recruit to aid you. Each one has its own stats, moveset, and skill tree. The standard JRPG gambit. If you increase your bond with the weapon, you can help unlock lost memories these weapon spirits had about their past life.

The combat was frantic but satisfying. Soon I was dodging enemies at the right time and unleashing counter attacks with ease. It reminds me of the combat from Hyper Light Drifter, and that’s quite a compliment coming from me.

I’m very glad that Tokyo RPG Factory seem to be putting out an exciting title. I tried the demo for Lost Sphear, their previous game, and wasn’t impressed. I also lost my interest in I Am Setsuna (their first game). But Oninaki feels like a game where they have finally matched their passion with the game’s execution. This one is definitely going on the wishlist for when there aren’t so many other RPGs coming out.