Dragon Quest XI S: Echoes of an Elusive Age is a JRPG developed by Square Enix and published by Nintendo. Square Enix had released the PS4 and PC versions last year, but the Nintendo Switch version will release on September 27th, with added content and features. This is my review of the demo on Switch. 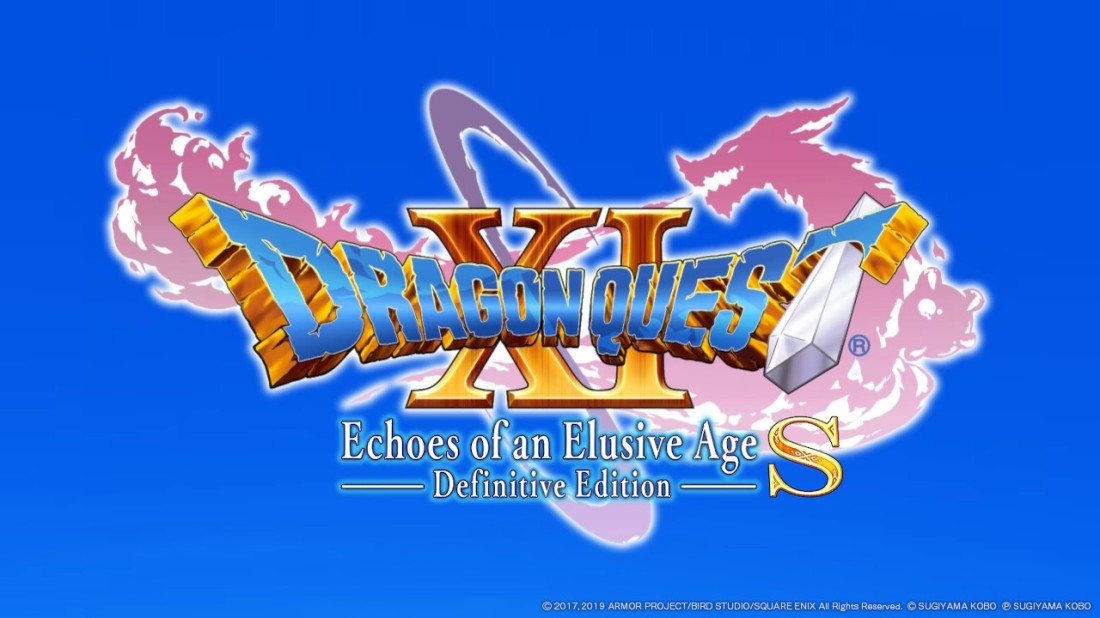 Man, Square Enix really wants Dragon Quest to do well in the States.

They got the protagonist into Smash Bros, they piled together a ton of extra features, (even fixing issues from the PS4 and PC versions), and they have a beefy 10-hour demo up on the Switch’s eShop.

I dunno, maybe I’m reading too much into it. 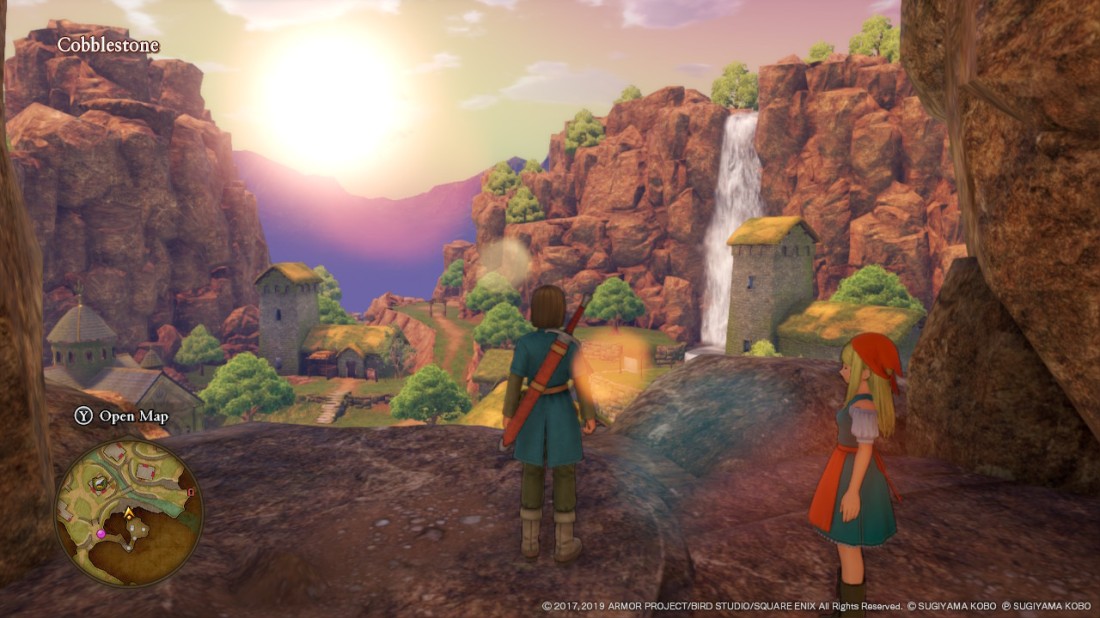 Ask any old-school JRPG connoisseur about Dragon Quest, and you’re likely going to get a historical lecture about how it pioneered the genre, and how several popular series — Final Fantasy, Pokemon, and Kingdom Hearts — all exist thanks to Dragon Quest. Video games mostly release on weekends now thanks to this game causing people in Japan to skip work to buy it. And yet it was never that successful over here in the States.

If you’re a newcomer, seeing the number 11 after a title may be daunting, but honestly this game is the ideal place to start in the series, and since this demo is free, it’s a great place to start with JRPGs in general. 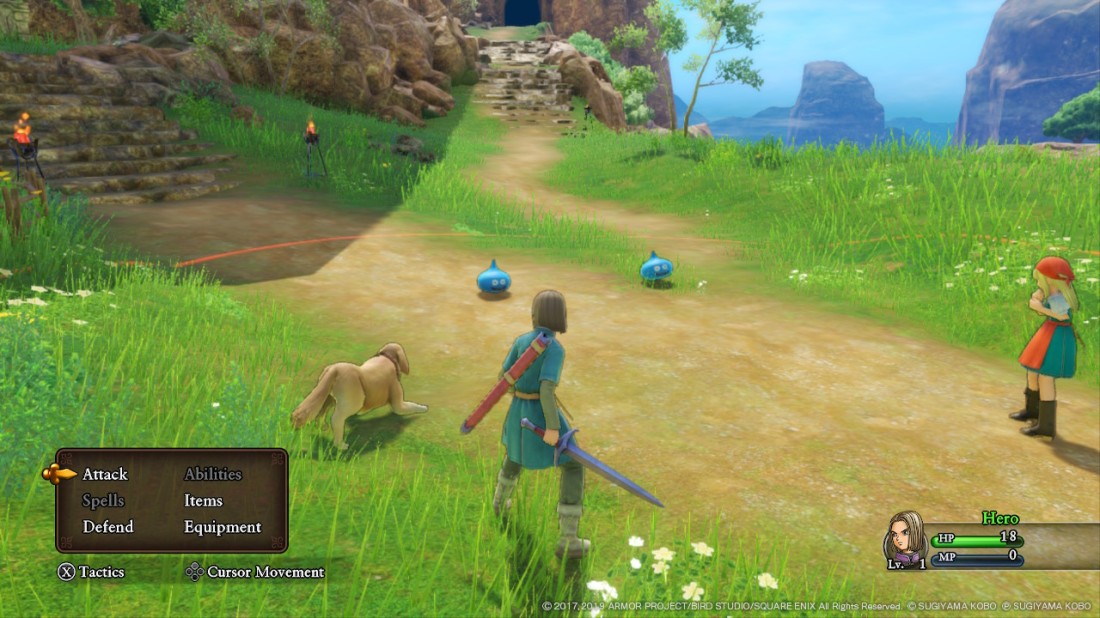 Though free isn’t the only thing it has for beginners. The Dragon Quest games are more basic RPGs: Everyone takes their turn in battle, characters have weapons, spells, and skill trees, and the protagonist leaves his small village on a quest of self-discovery. The series has made a very defined shape in the genre’s memory foam. Dragon Quest XI settles into that shape, and doesn’t move far from it. But that formula is so polished and refined that you don’t mind — it’s just soooo comfy. 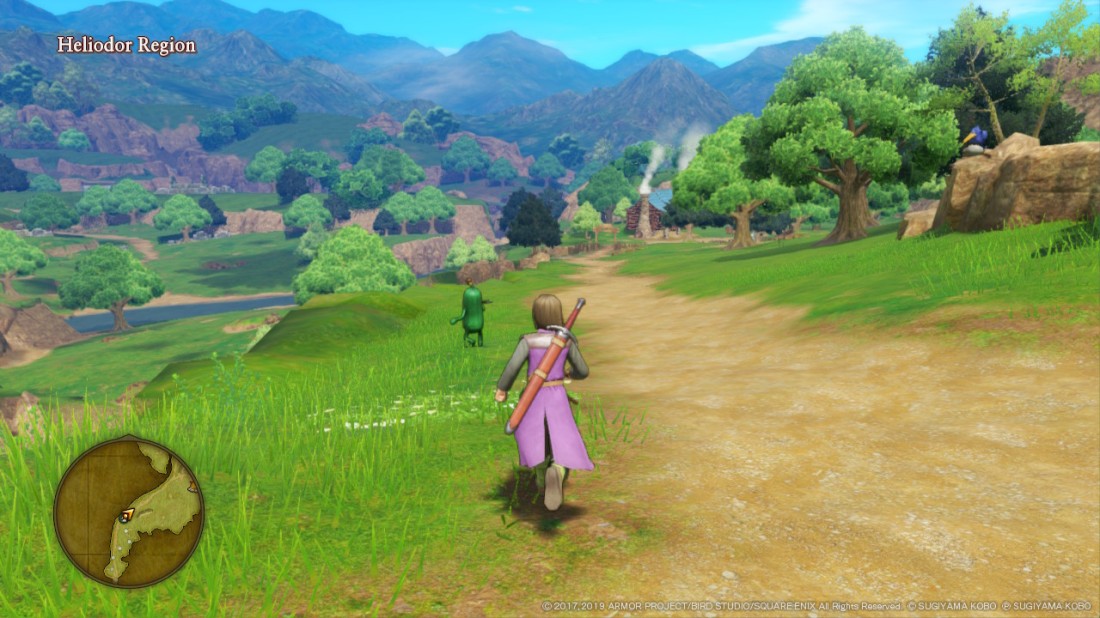 Allow me show you. Dragon Quest XI presents a beautiful semi-open world, with several large areas to explore. The art direction of Akira Toriyama (artist of Dragon Ball) shines with every character, NPC, and enemy (with some exceptions — the baby protagonist looks weird, his eyes are too long…). Although it’s technically a visual downgrade from the PS4 version, the wizards at Square Enix made the Switch port look smooth and striking all the same. The staff at Intelligent Systems should take note (I found the pixelated edges in Fire Emblem: Three Houses hard on the eyes sometimes). While it’s a standard fantasy setting, the cozy village huts, candle-lit churches, and bright marketplaces all sell a cohesive sense of place. Traveling bands play, cats meander through city alleys, and pigeons fly off when you run at them. Yes, this game is also a pigeon-chasing simulator. 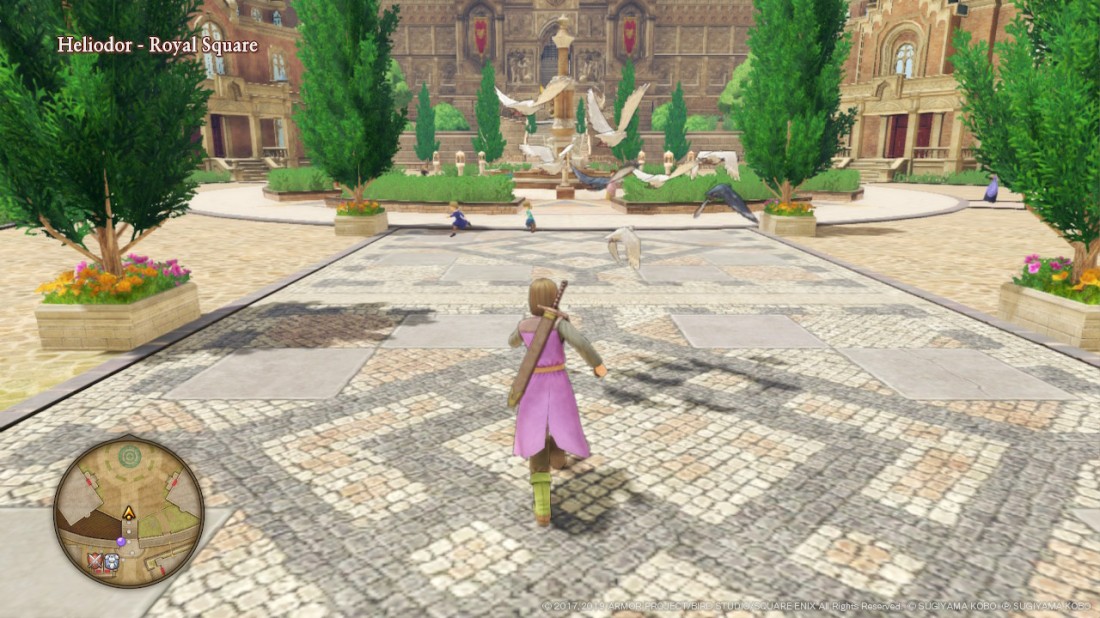 You can explore and progress the story at your pace — you can run on foot and fight every monster you see, or you can get on your horse and beeline to the next destination, skipping the monster fights altogether. While I enjoyed the basic, comfort-food combat, bowling enemies over on my horse never got old. 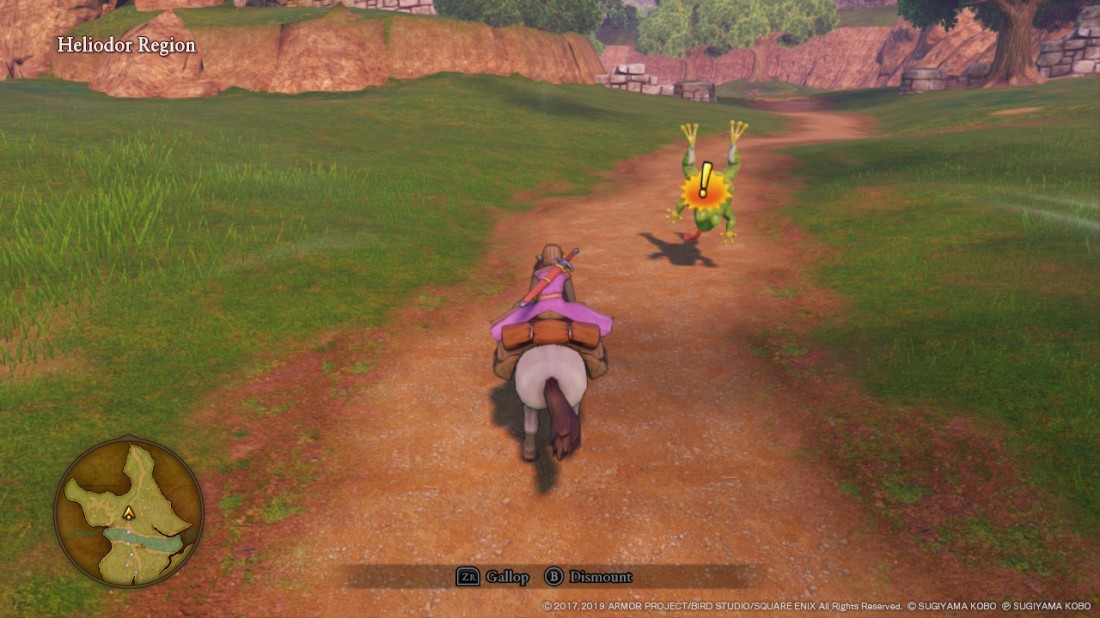 That story also has a comforting familiarity to it, like a bedtime story or a well-made fairytale. Sinister mysteries are afoot, sad goodbyes are made, but there’s also this bright joyfulness that pervades the game. It’s simple enough for a child to understand, yet contains enough subtext and character development to be engaging for adults. Once again I found myself talking to almost every NPC because they have interesting things to say. The conversations aren’t as in-depth as in Fire Emblem: Three Houses, but they’re still fun to listen to. Whoever is writing and localizing these NPC dialogues in recent games, I tip my hat to all of them. 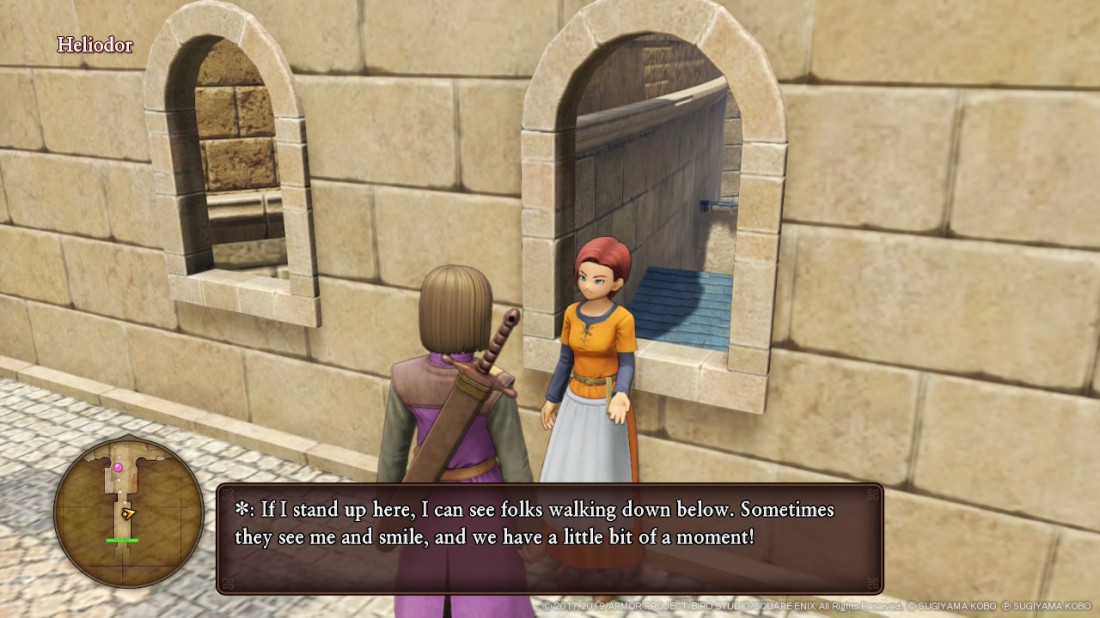 All in all, if you’ve never understood why people like myself love the genre so much, give the demo a try. Dragon Quest XI is a quintessential JRPG with many modern features, polished into a fundamental experience that I can’t wait to see in full when it releases on the Switch.