The Legend of Zelda: Link’s Awakening released in 1993 on the Game Boy. The 2019 remake was developed by Grezzo, published by Nintendo, and costs $60. For those who haven’t played the game before, be warned – I’ll be discussing story spoilers. 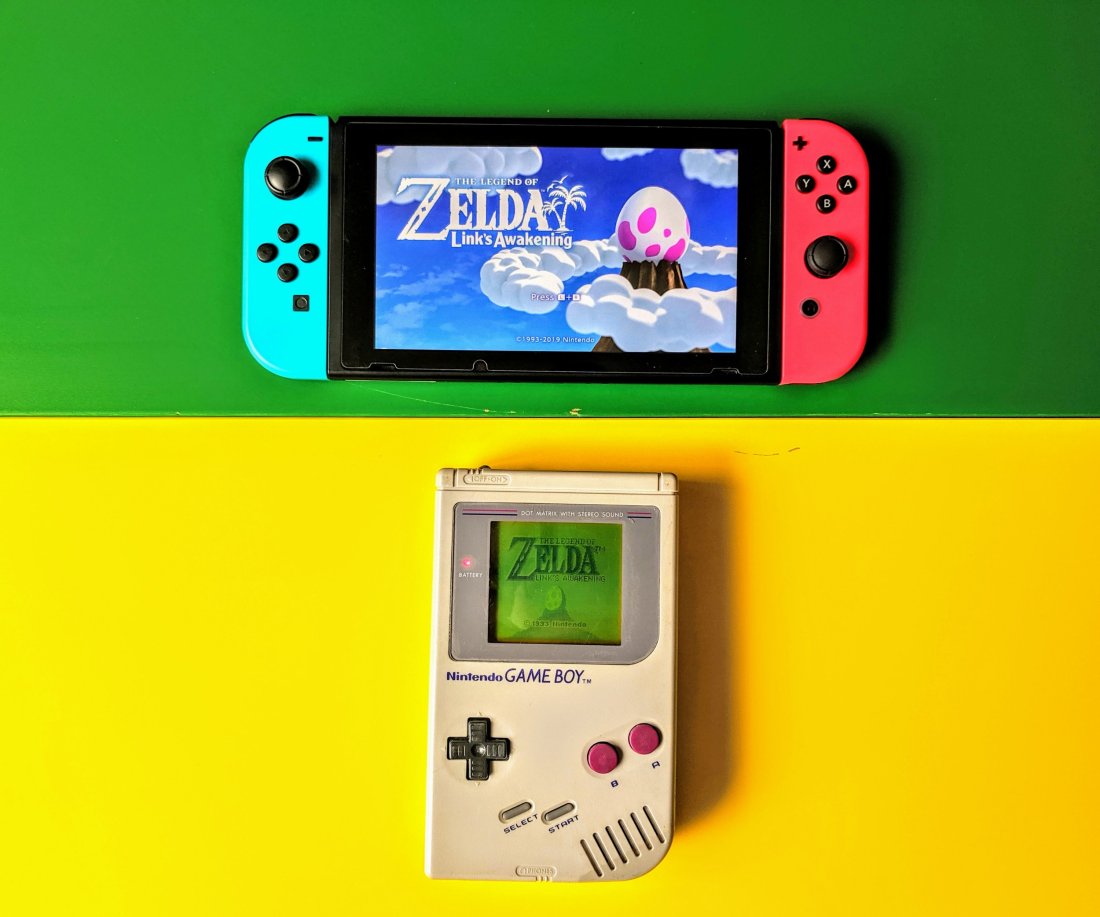 Back in 1998 I borrowed a friend’s Game Boy, and with it I discovered the wonder of handheld gaming. I was introduced to classics like Super Mario Land 2, Tetris, Pokemon Blue, and of course, Zelda: Link’s Awakening. You could say this game is responsible for Nintendo becoming the kings of portable gaming, and responsible for my preference for handhelds to this day. From childhood road trips through Arizona to airplane rides as an adult, I’ve come back to one of the games that started it all.

But I need to stop myself before this whole post becomes a nostalgia trip. Well, this game is already a nostalgia trip, but we’re writing about it with a review purpose! 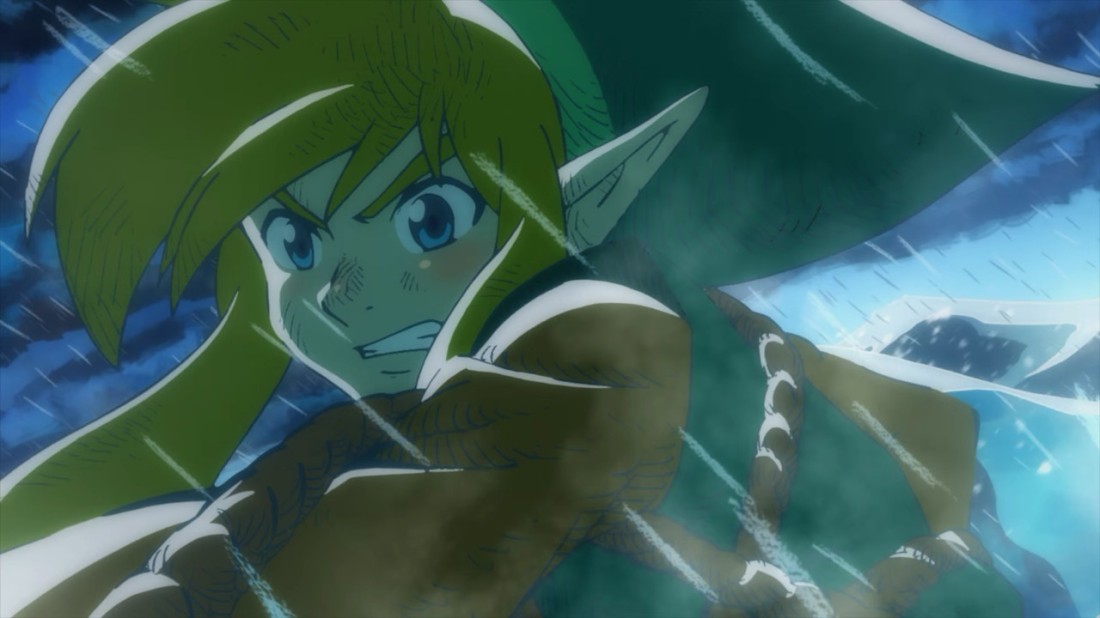 The original game is, in my opinion, the best 2D Zelda out there. It beats Link to the Past, the Oracle games, and the original Zelda on the NES. It has one of the best opening sequences in a video game, a bizzare world that slowly opens up, a focused approach to dungeon design, and a quirky story that starts heroic but then takes on a melancholy tone midway through the game.

Though she only has a few lines of dialogue, Marin interests me more than 90% of all video game characters. She’s kind, brave, and yearns to know about the world beyond her island. This bare-bones story on a Game Boy game has no business of being so touching, and yet it makes you think about the nature of dreams vs. reality, and the sadness of saying goodbye to someone you’ll never see again. It’s so bittersweet.

The biggest question for me is how well the remake compares to the first game. While I loved the adorable new art direction, and was impressed with all the minute visual details, I was initially worried they would just make a cute 2D Zelda game and toss out all the mystery and nuance of the original. Thankfully, though, the new Link’s Awakening is faithful to all aspects of the original and introduces welcome quality-of-life improvements. 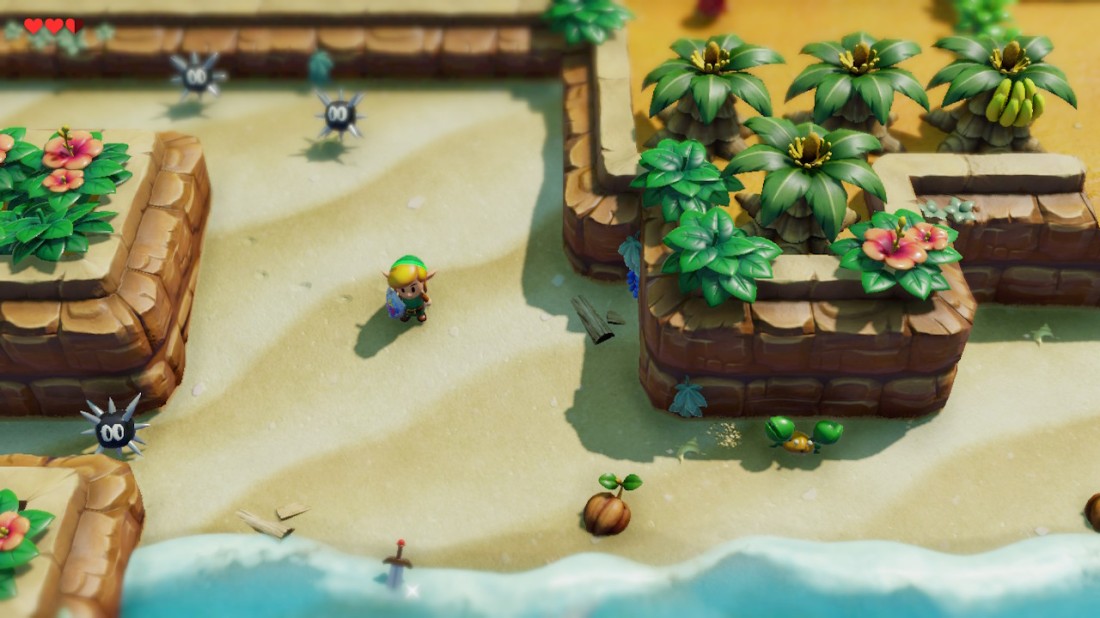 The original’s soundtrack had bright chiptunes with an echo effect to highlight the dream-like state of the island. It was especially atmospheric in the dungeons. The remake uses smart orchestral pieces that manage capture the same emotions. For example: as I traveled to the beach to get my sword, the strings’ and woodwinds’ light staccato built the anticipation for my new adventure. The tracks for the dungeons actually include a layer of the original chiptunes, giving it both a mysterious and a nostalgic feeling. 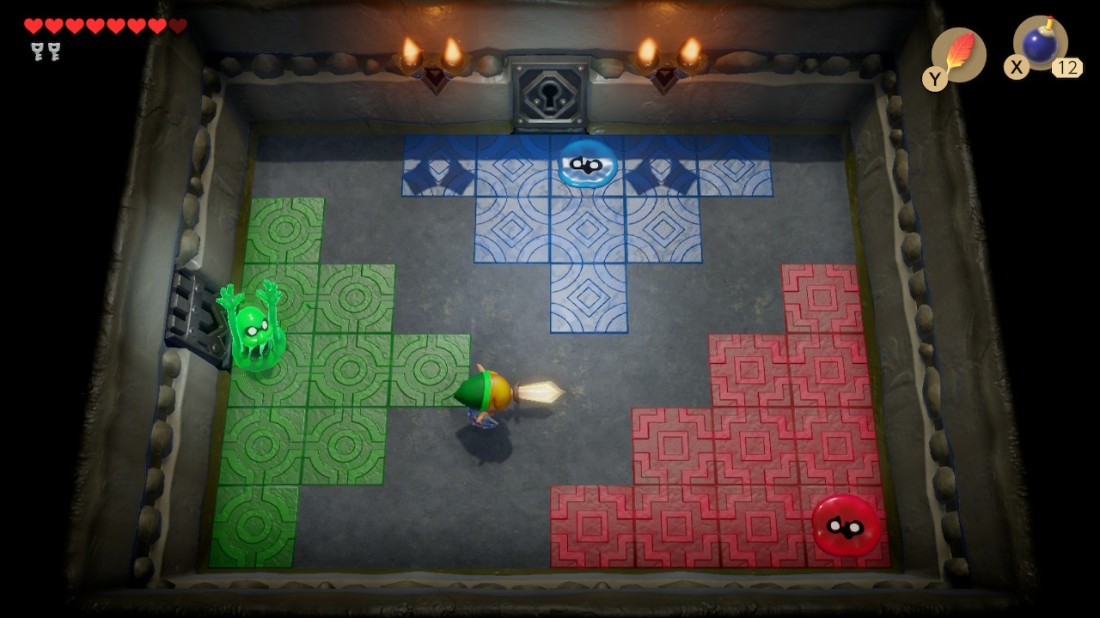 With a full arsenal of controller buttons, the items have been streamlined and I rarely had to pull up the menu to change them. I didn’t find issue with it back then, but I still appreciate it. Instead of moving from screen to screen in the overworld, Link moves around seamlessly, adding to the immersion. Each area itself had more atmosphere to it thanks to distinct color palettes and effects, such as fog in the forest and sand in the desert. What I filled in with my imagination back then is on full display here. My one visual issue is the unstable framerate. I’m not usually a framerate guy, but the drops when entering a new area were quite distracting. More fast travel points are also welcome.

Several new things were added to extend the game’s playtime, including more heart pieces, more secret seashells, expanded minigames, and Dante’s Shack. As a veteran I appreciated having new secrets to uncover. However, I found Dante’s Shack to be lacking. It’s less a Zelda Maker prototype and more a Zelda Remixer. Making and adventuring through my own dungeons was fine, but with such limitations to the rooms and layouts, it wasn’t as satisfying as solving the game’s main dungeons. 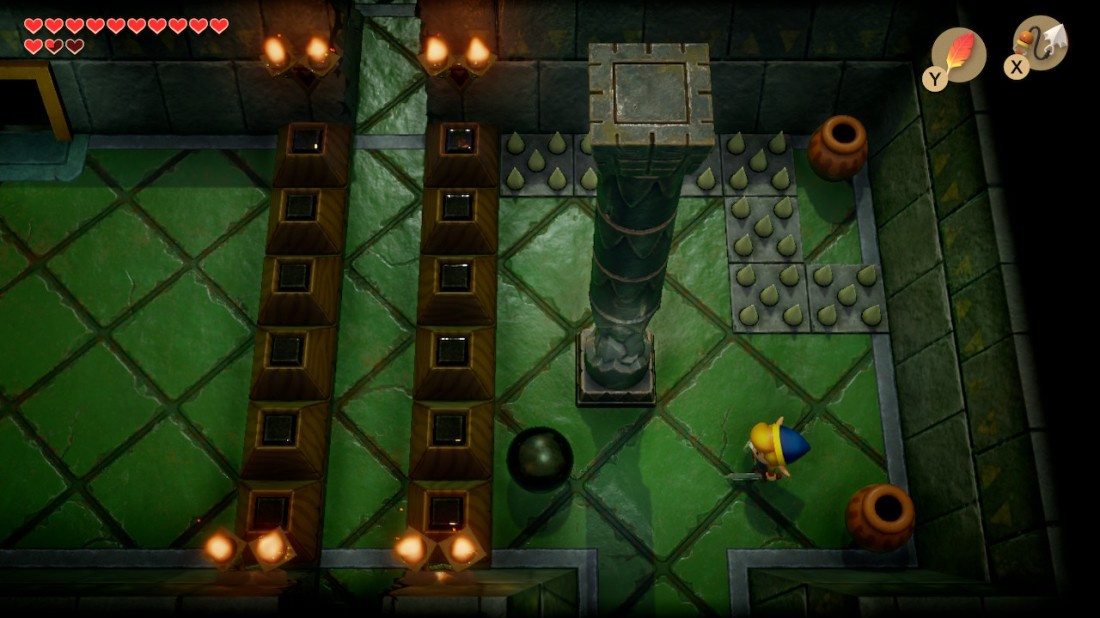 What do I mean by that? Allow me to elaborate. Each official dungeon revolves around a central theme with unique enemies and obstacles. Not only are there small, single-room puzzles, but also large, dungeon-wide puzzles, such as finding and destroying all the pillars in Eagle’s Tower. There’s always a unique obstacle in the dungeon, such as the water in Angler’s Cave, and finding the dungeon’s item will help you overcome it. It’s a satisfying feeling to have the dungeon recontextualized that way, and it’s this focused approach that makes Link’s Awakening stand out from the earlier Zelda games. Since it’s impossible to recreate an experience like this in the Dungeon Maker, my dungeons felt hollow by comparison.

Dungeon Maker aside, Link’s Awakening is a perfect remake of one of the best Zelda games ever made. The world and dungeon design truly shines, the art direction is charming, and the story still touched me even after all these years. Now let’s get a remake of those Oracle games, okay Nintendo?