Golden Sun: The Lost Age is a JRPG developed by Camelot and published by Nintendo. It released in 2003 on the Game Boy Advance. While I played it back when it released, I played it again in 2019. As a warning, I’ll be spoiling major events from both Golden Sun and this game in this discussion.

So like I said in my first Golden Sun post, the two original games were meant to be one title, but due to the GBA’s cart limitations, The Lost Age picks up where the first Golden Sun left off.

But here’s the catch: you play as the bad guys from the first game.

Let me explain. Felix, Isaac’s childhood friend, was believed to be lost in Golden Sun’s tragic prologue event. But in reality, Saturos and Menardi saved him from drowning. During the first game, we learned that he and his kidnapped sister, Jenna, now work for them. From Isaac’s point of view, Felix and Jenna were brainwashed or being held hostage by the bad guys.

The Lost Age flips that entire story on its head. Now that the Venus Lighthouse is lit, and Saturos and Menardi are defeated, the game follows Felix and Jenna and their compatriots as they try to accomplish exactly what Isaac was trying to prevent — restoring Psynergy to the world at large. 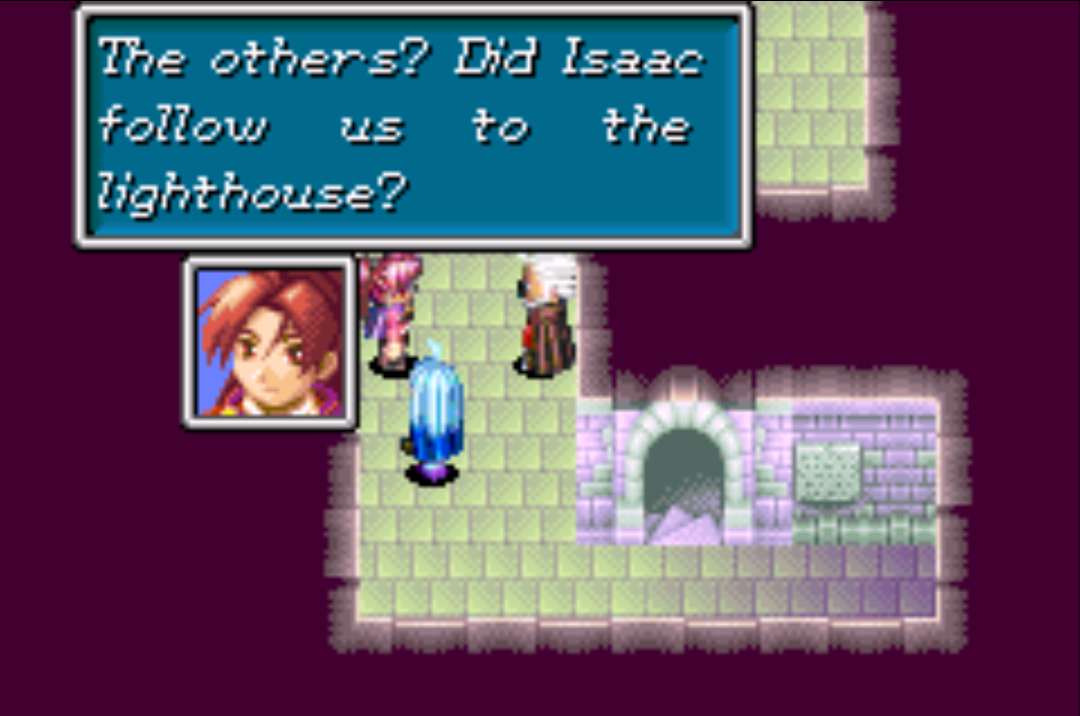 Correct me if I’m wrong, but never seen this storytelling method in any other video game — entrenching the player into one viewpoint in the first half, only to turn it around in the second half. It’s a bold choice. You begin to question all of your actions from the previous game and reconsider all of their consequences. As a youth growing up with a black-and-white mindset, this game introduced me to how opinions work in the real world — people can have very different perspectives, and we often don’t have the whole story. The Lost Age gave me a glimpse at the reality of people existing in a moral grey.

The game begins with the final battle of the first game from Jenna’s point of view. After reuniting with Felix and a wind Adept, Sheba, they find themselves shipwrecked on a faraway continent. It’s a revealing and shocking introduction.

But then, as the three of them get their bearings and set off to find the Jupiter Lighthouse, we come across The Lost Age’s biggest flaw: its pacing. For the next 15 to 20 hours, nothing consequential happens in the story as the three explore several towns and continents. The developers likely wanted to level Felix’s party up to be the same as Isaac’s, but if that was the case, why not just have the party start at a higher level to begin with? For the first half of the game, the three wander aimlessly with a loose string of subplots to keep you busy. When Piers (the party’s fourth member) joins, the game finally feels like it has begun. Eventually the party arrives at Lemuria, an ancient city where Psynergy is still alive and well, and it’s there that it’s revealed that the world is slowly decaying. Eventually, it will die completely if Psynergy isn’t restored. It’s an ethical trolley problem: if Felix does nothing, it guarantees the world’s death, but if he restores Psynergy, he will introduce dangerous power back into the world. Of course, Felix decides to embrace the risk and pursue it. But it’s this dramatic irony that drives the plot forward, as you wonder when and how Isaac’s party will learn about this secret, and how Felix could convince them to join him.

The pacing still struggles from that point, as the story beats are still too far apart, the new villains are not fully developed (except the surprise final boss), and the conversations are still long-winded; however, from the midpoint onwards, the game has a focus and an established emotional tone. And the payoff when Felix and Isaac finally reconcile is, in the end, worth enduring the other story problems. 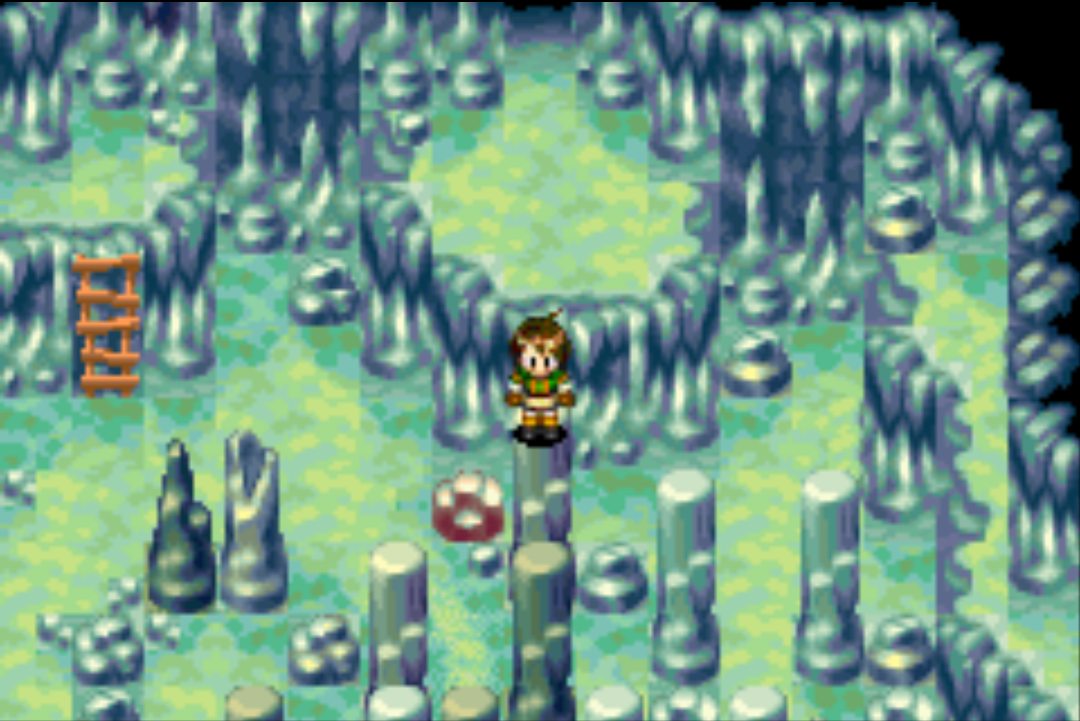 Gameplay-wise, The Lost Age is an improvement from the first game in every conceivable way. More overworld Psynergy is added, along with more unique puzzles. The dungeons are so well-designed that they would easily belong in any top-tier Zelda game. If the story can’t get you through first half of the game, the gameplay certainly can.

I admit that one of the benefits to the slow pacing is that all the small story arcs allow for a massive amount of world building. You literally travel across entire land masses and seas, visiting distant archipelagos and bustling cities, each with their own unique customs and problems. Instead of some vague feeling of “I need to save the world,” you recall each village and city that is counting on you.

I may have started out this discussion rather negatively, but that’s only because I don’t want to let my love for this game sugar-coat the real problems it has. Once you get into a groove of exploring dungeons, solving puzzles, and finding Djinni, it’s hard to not forgive its flaws. And personally, this game was fundamental in shaping my current worldview. It taught me that I needed to always consider the other side of the story, and that it’s okay to be wrong.

If you loved the first game, you can’t go wrong with its second half. This game is sadly only on the Game Boy Advance, a handheld that isn’t as supported and remembered by Nintendo as it should, and I’m afraid this (and many other GBA games) will become part of a lost generation in Nintendo’s history, a fate that such a transcending game doesn’t deserve.

Next week, we’ll talk about the black sheep of the series, Dark Dawn — what it got right, what it got wrong, and what it means for series’ future.