Welcome, everyone, to the Mini Review Marathon of 2019! Like last year, I’m writing lightning-fast reviews of the games I played, enjoyed, and even had thoughts about! But I didn’t have the time to give them a full feature-length post. Hope you’ve already stretched your legs, because this marathon is starting right now!

Imagine a kitten wearing an oversized Christmas sweater. That’s the Super Nintendo trying to power 3D graphics. How is that not adorable? I know that many people laugh at Star Fox’s primitive polygons and inconsistent framerate. Whenever I meet those people, I just think of them as kitten-haters, and all is well. The game is designed to compensate for the framerate, and only has a brief learning curve. Once you know what you’re doing, you can beat this game in literally an hour. There are worse ways to spend an hour in a video game. 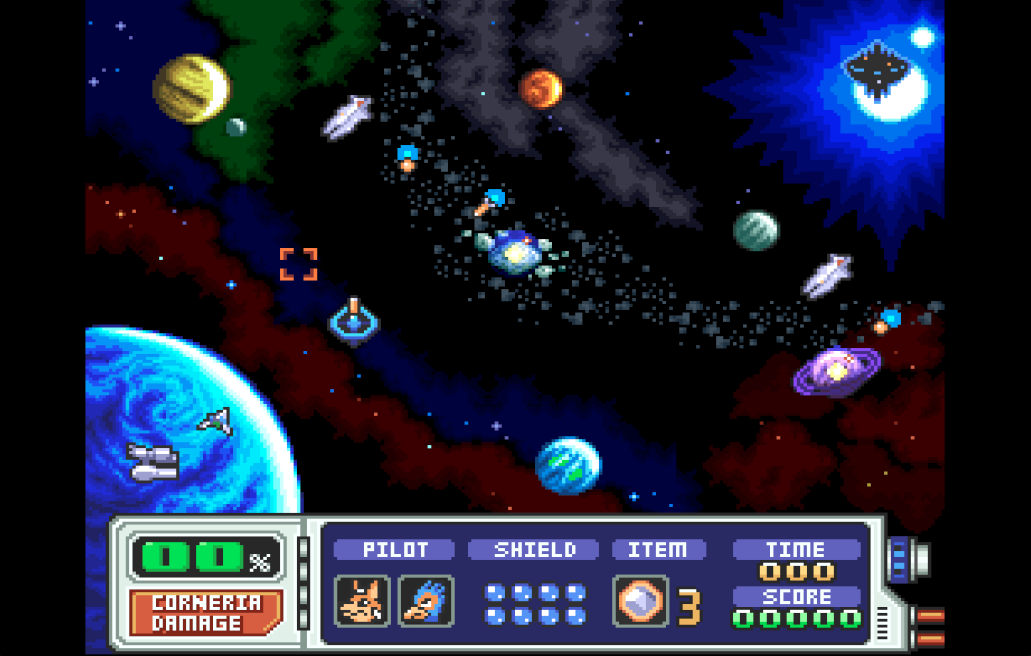 I often feel like Nintendo is a red, giant mother hen sitting on their not-blockbuster IPs, with Star Fox recently joining the bunch. It’s a bit of a miracle that we officially have this game at all. Like I said when I talked about Starlink last year, the light RTS elements are a good fit for Star Fox. I miss the linearity of the first game, but the open approach and brief mission structure is fun in its own way. If only there were a way to have both the RTS and the on-rails levels in the same game, then I’d have the perfect Star Fox experience. 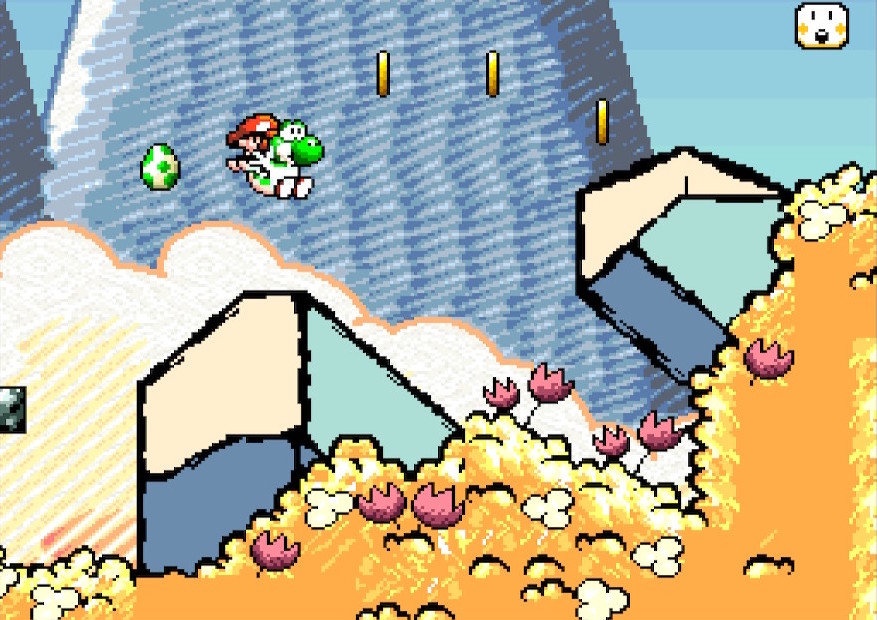 Yoshi’s Island appears to be the first time Nintendo shunned pure graphical power in favor of an inspired art direction. And I’m so glad they did. But be don’t let the cute colored pencil style fool you — Yoshi’s Island is much more difficult than the modern Yoshi games. Just when you think there’s nothing new to the 2D platformer, Yoshi’s Island brings out plenty of its own ideas. Also, seeing Yoshi tripped out on fuzzballs is probably the funniest thing in video games.

Hold on a minute… I need pat myself on the back for reviewing Yoshi’s Island without mentioning the annoying yet mechanically-interesting Baby Mario.

This was exactly the Advance Wars throwback that I’d been craving. There’s nothing like good ol’ grid-based strategy. The campaign was cheesy yet enjoyable, but the real highlight of Wargroove was the map and campaign editor, including the ability to play other people’s campaigns online. Someone even made a dating sim for the dog character. It’s the best thing. My biggest complaint with the game is that the battles and animations can take a bit too long to finish. The enemy UI isn’t exactly challenging, it’s just good at drawing out a battle for as loooong as possible.

Iconoclasts is a story-driven Metroidvania with gorgeous pixel art and a surprisingly dark plot. Don’t let the cute visuals fool you — kids probably shouldn’t play this game. The sense of character progression doesn’t feel as dynamic as other Metroidvanias, but the platforming, level design, and boss battles all create a solid gameplay experience. The ending made me feel very nihilistic. 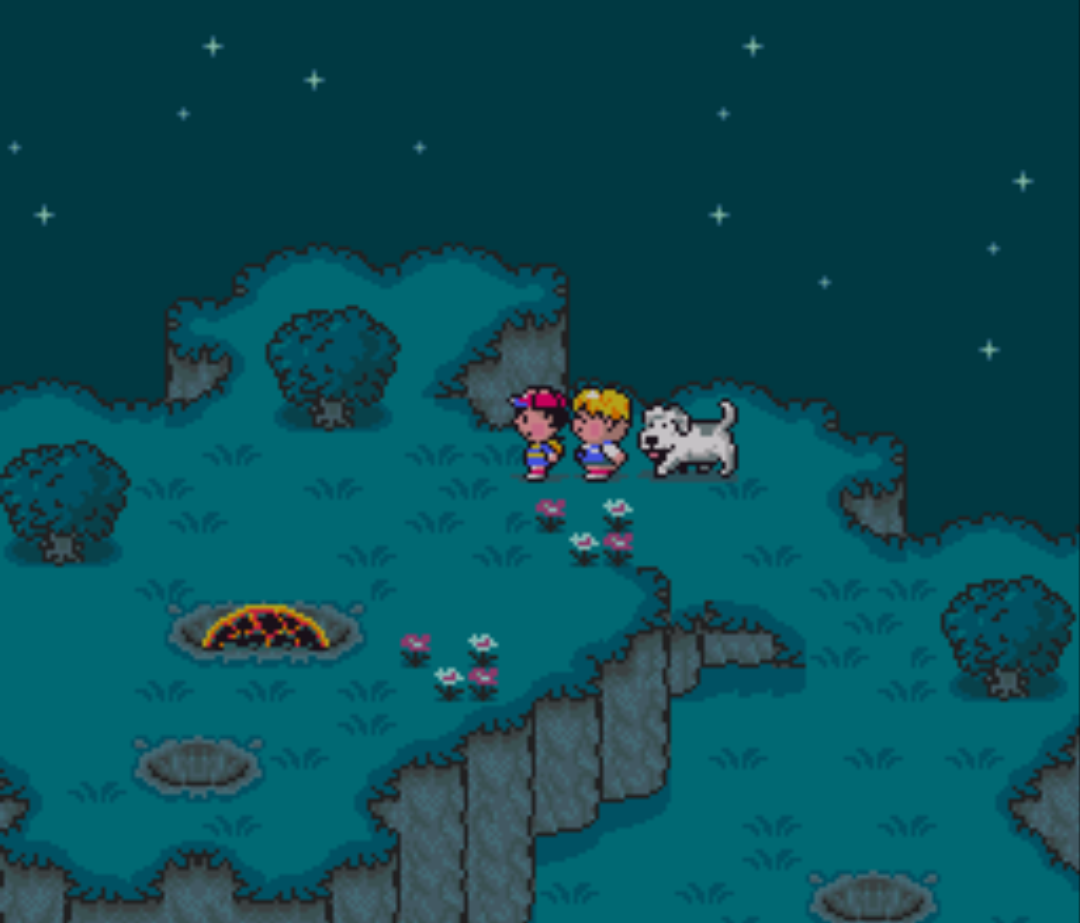 Yes, it’s a classic. Yes, everyone needs to play it (especially since half of all indie RPGs pay homage to it). I love the modern setting, the oddball dialogue, and the hilarious enemy designs. But I have a couple of gripes with it: the inventory system is clunky, the progression is a bit too cryptic, and there’s too much RNG involved with the battle system. But even if you normally don’t like RPGs, you should play this game, though you should probably use an online guide. I will note that I’ll make a feature-length discussion on EarthBound soon.

After finishing my Sakurai analysis, I got on a Kirby kick for a while, and Triple Deluxe was exactly what I was looking for after his masterpieces. It’s a vanilla Kirby game, but in this case, vanilla is good! Triple Deluxe showcased solid level design and charming enviroments — I especially liked the way the game alternates back and forth between the background and foreground, leading to some unique gameplay moments. This is one 3DS game where you should definitely turn your 3D feature on.

At first I thought Kirby in a mech would feel like a shoehorned gimmick, but the mech is actually my favorite part of Planet Robobot. It’s a well-designed reward powerup. It made satisfying endings to each level, as I could demolish obstacles and enemies that gave me grief earlier. The art direction embraces a charming mechanical / industrial aesthetic, and once again I found myself impressed by the level design. You should also turn your 3D slider up for this game.

The Legend of Zelda: A Link to the Past – SNES Classic

Take out your pitchforks, I’m about to complain about A Link to the Past. For starters, the enemies in this game deal way more damage than they should, and too many small keys are hidden in cryptic places, like in a random jar on the side of the room. While I enjoyed the dungeon layout of anticipating what new item I would get, very few dungeons were actually designed around those items. I didn’t feel as satisfied with them as with other Zelda dungeons. Don’t get me wrong, it’s still a classic, it’s just I had more gripes with it than I do with most Zelda games. That opening is still one of the best openings to a game ever.

And here we are! We made it! We’re at the end of another year already. Just like last year I’m going to take a break for a couple of weeks and get back to in January. Thanks for going on this journey with me, I’ll see you all in 2020!

One thought on “Mini Review Marathon 2019”