With the new Mega Man Zero/ZX Legacy Collection coming out soon, my brother was kind enough to make me a guide of how to navigate the Mega Man franchise. He covered main games, spinoffs, and what to play first.

As a newcomer I thought it would be fun to compare the two main series: X and Classic. I’ve seen people praise the X series for its high-octane action, upgrades, and impressive SNES visuals. On the other hand, I mostly see people complain about the Classic series, its difficulty and limitations. I was fully expecting to love X and tolerate Classic.

But for me, it turned out the exact opposite. Let’s discuss: 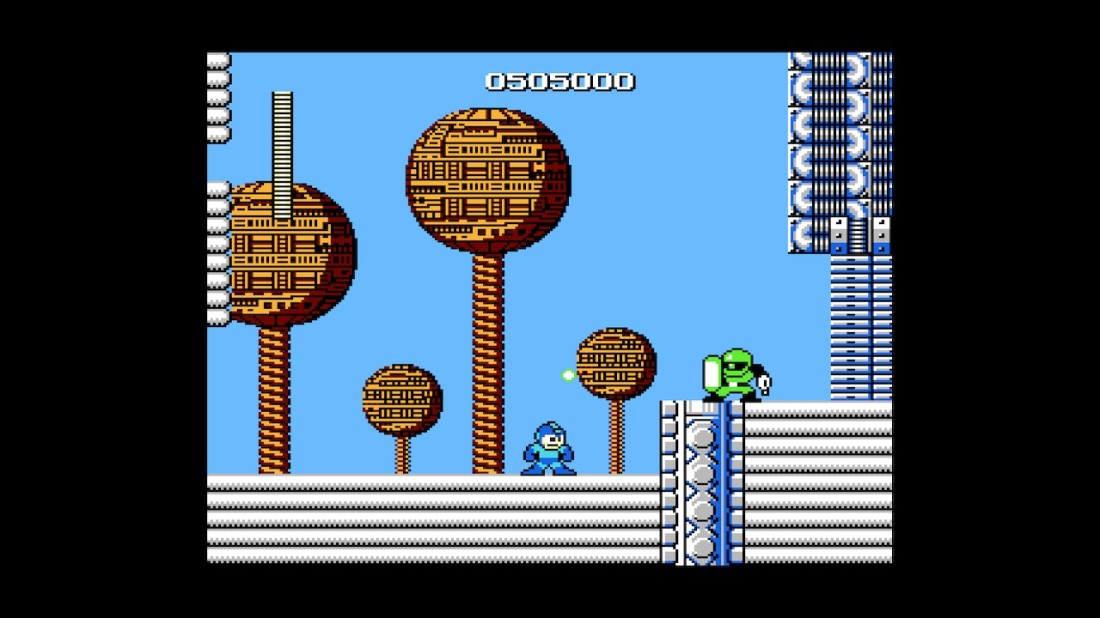 Both are gorgeous sprite-based games. Mega Man X has the advantage of the SNES hardware with more detailed environments and characters. It looks really good. However, I found myself drawn to Classic’s simple, cartoony aesthetic more. Classic Mega Man is a fantastic showcase in how to flip a console’s limitation into an asset by making clean, appealing designs. On the Japanese boxart, Mega Man looks more androgynous, which sells the whole “robot” idea for me more than X’s “manly reploid” look.

Let’s’ not speak of that American boxart.

Both games have earworm chiptunes. I can see why everyone bops to these soundtracks, and why many YouTubers use them for their stingers and BGM. I’d have to hand it to X, though, as those songs got stuck in my head more often, and I wasn’t even bothered. 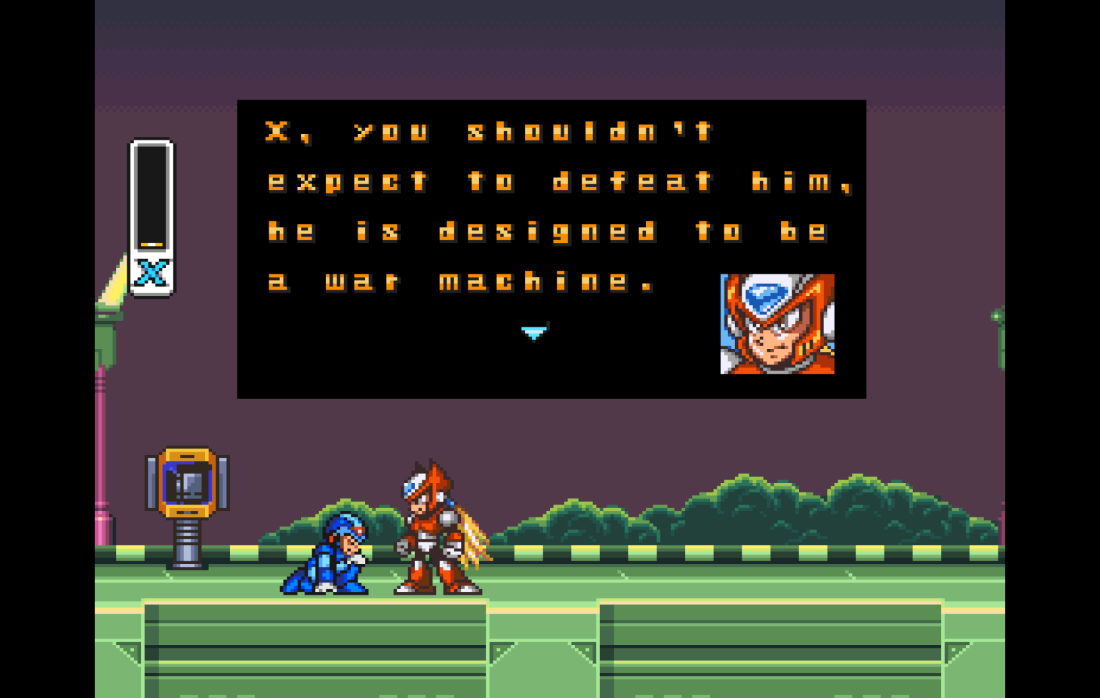 What little story Classic Mega Man has is serviceable for an NES game: Go beat the bad guys. But X automatically wins just because there’s more to it, with a more fleshed-out plot and actual lore. It adds more tension to the final gauntlet, and taking out Vile (who beat you down at the beginning) was very satisfying. However, I gotta say I expected more out of X’s story. Outside of the very beginning and very end, not much happens. I don’t know anything about the 8 bosses, other than they’re Maverick Hunters gone rouge. If the game had at least something to bookend each level, it would have been nice. I expect more from a SNES game, but X still wins. 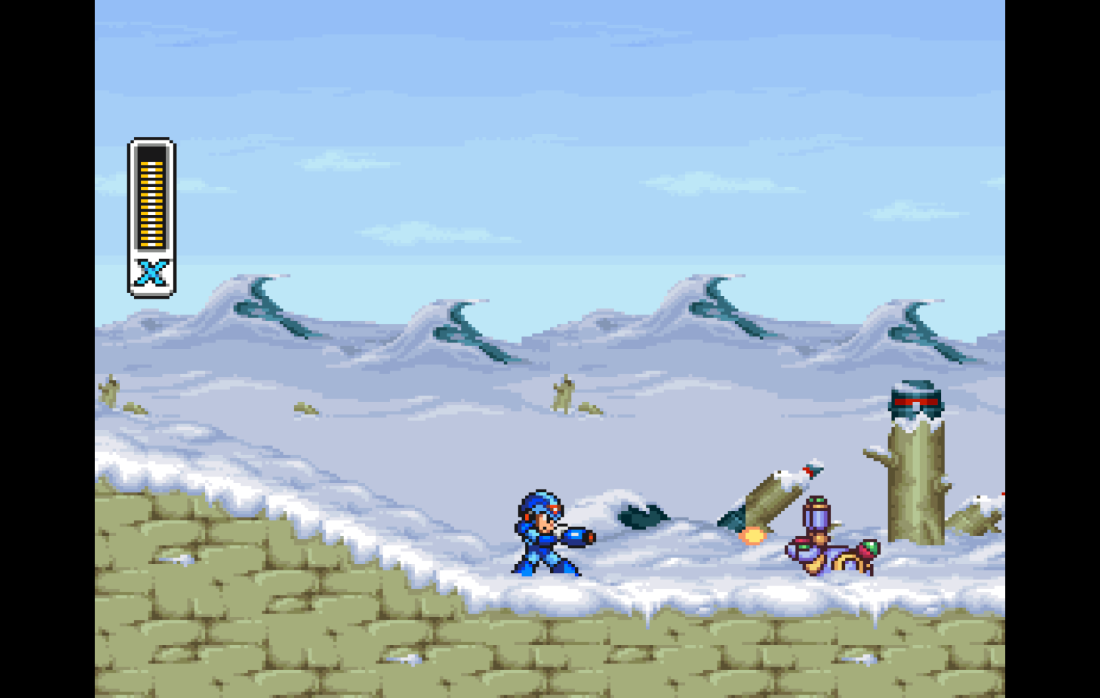 Here’s where we get to the crux of it. My favorite action platformers are Metroidvanias and Kirby games, which carefully balance platforming, action, and boss fights. But if I had to pick an ideal game in the sub-genre, it would have to be Yoshi’s Island. That game is a perfectly difficult, yet fair (and well-designed) game. Mega Man X starts out well enough with its tutorial level, but from then on each level felt like a straight line, with a heavy emphasis on the shooting and less on the platforming. The action is not the fair challenge that I expected, either. There are too just many enemies, often in frustrating locations, that re-spawn ridiculously quickly.

And don’t get me started on the bosses. Some are balanced fights, like Storm Eagle. But then others are projectile-spamming nightmares, like Launch Octopus, Armored Armadillo, and Sting Chameleon. Sigma, the final boss, was so hectic I almost gave up, right at the finish line, until I found a way to cheese the fight by sitting on just the right spot on his hand. And then it became disappointing. In my opinion, Capcom got too ambitious with the SNES’s power and made X’s levels too cluttered. 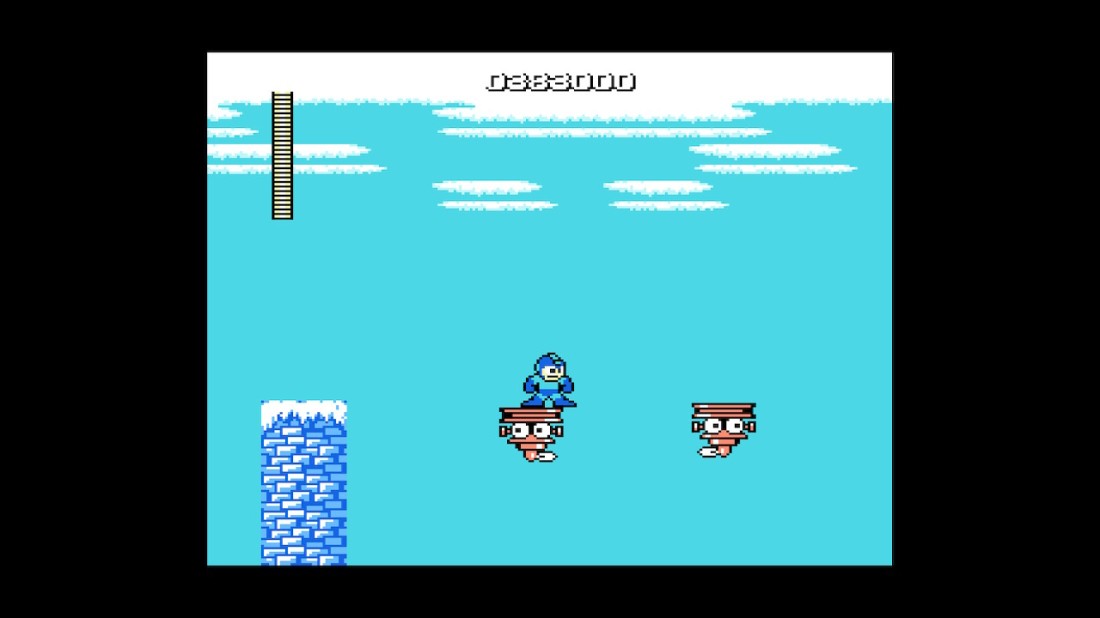 Classic Mega Man‘s levels feel much more coherent, despite the fact that it’s an older game. It has several challenging but fun platforming segments, and despite what people complain about, the physics were easier for me to get used to. It also helps that these levels aren’t flooded with enemies. Most are introduced in an area so you can safely see how they work. This made shooting and dodging them sooo much more manageable. Classic Mega Man almost feels like a rhythm game, with how closely timed every enemy’s attack and movement is.

The bosses also have predictable patterns, making once again a challenge that felt more fair (for the most part — I’m looking at you, Flame Man). I don’t even think Yellow Devil is all that difficult. Once you learn the order of how he warps from one side of the screen to the next, he’s a fairly good fight. I’ll take him over Launch Octopus any day. 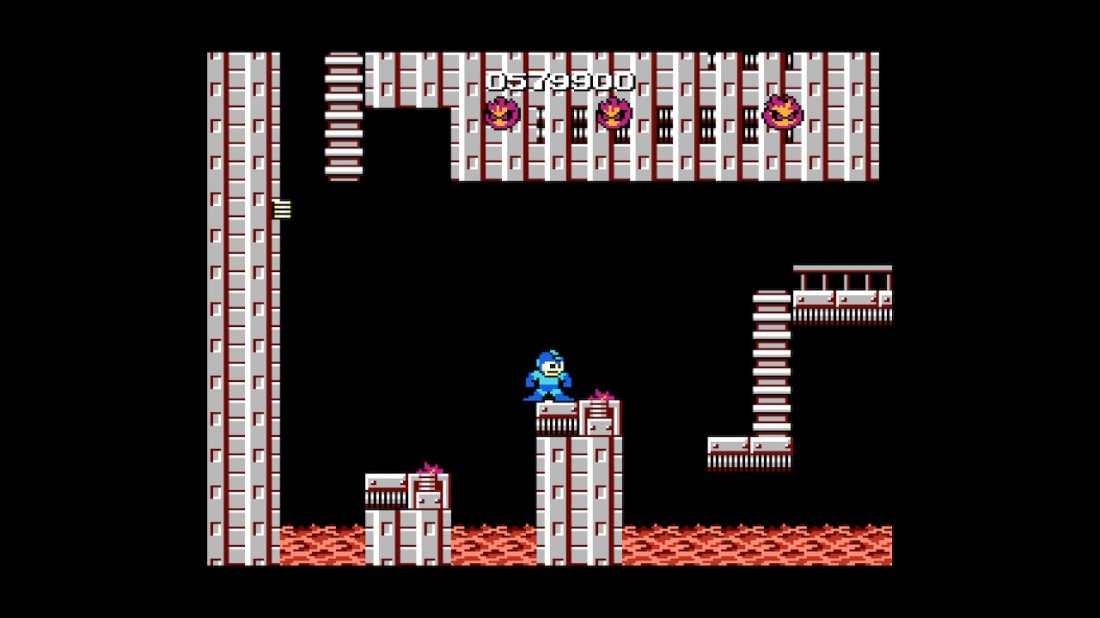 Mega Man X has a variety of upgrades and secrets to find in each level. While they added a fun sense of progression, they’re 100% optional, without a path to nudge you towards them. I found myself bumbling back through each level hoping to find something helpful. In contrast, I found a simple elegance in Classic’s “run right, hop the platform, beat the bad guy” challenges.

As a newcomer, I actually feel like Classic Mega Man is a better starting point, regardless of what I’ve heard other people say. I respect X — obviously it has a lot of fans for a reason — but I think I may need to play more from the Classic series and improve my skills in order to fully appreciate the X series.