Muramasa: The Demon Blade is a Sidescrolling Action RPG developed by Vanillaware and published by Marvelous. It originally released on the Wii in September of 2009, then later remastered as Muramasa Rebirth onto the Vita in June 2013. I played the Vita version in 2020. 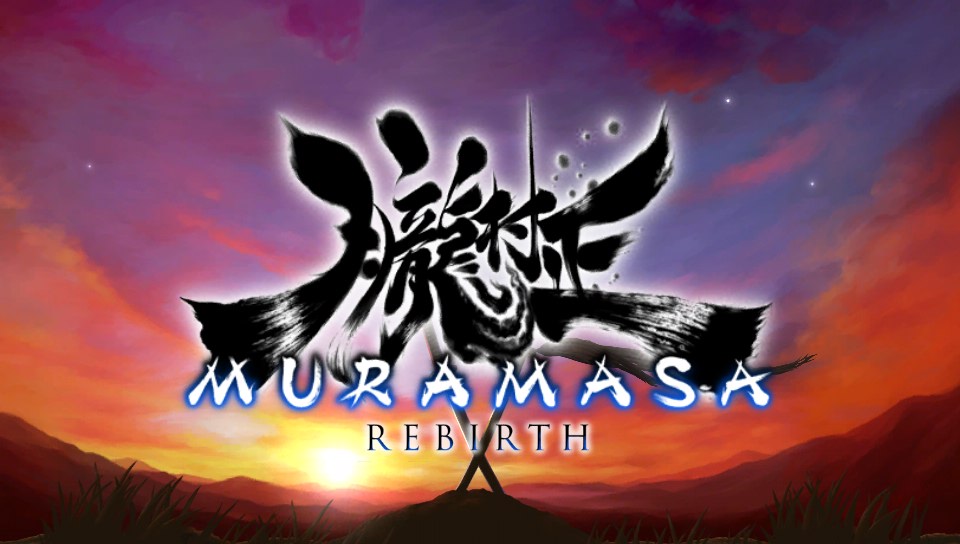 Vanillaware is a little-known developer studio with a devout cult following. They’ve released several 2D action RPGs over the years, and so I dipped my toe in by purchasing Muramasa: Rebirth, yet another beautiful game on the Vita. And based on what you’ve seen me review so far, you know that’s saying something. 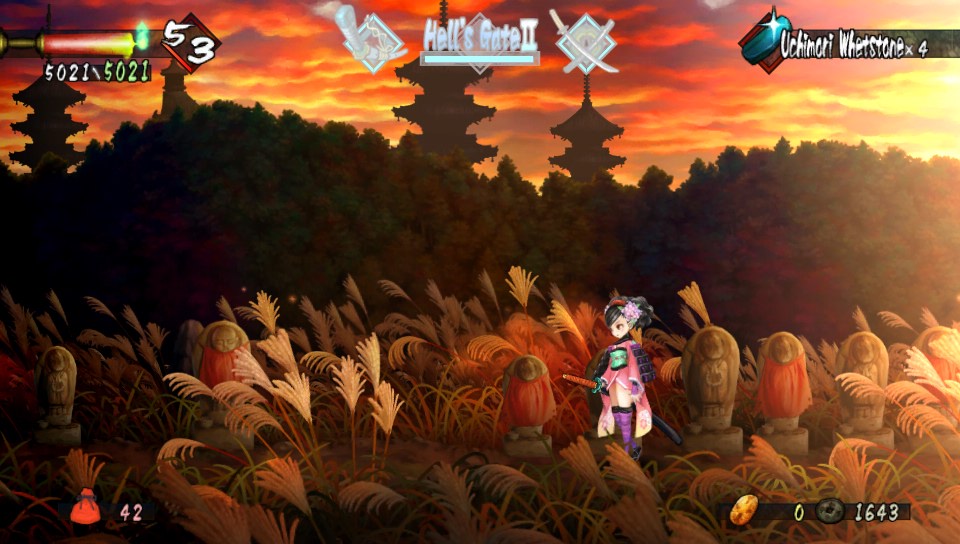 Thanks to the visual style, the ancient Japan setting, and the fast-paced combat, I immediately started drawing heart-warming comparisons to Okami. And to an extent that comparison may still hold water. Okami is to Zelda what Muramasa is to Metroid.

So let’s unpack that. 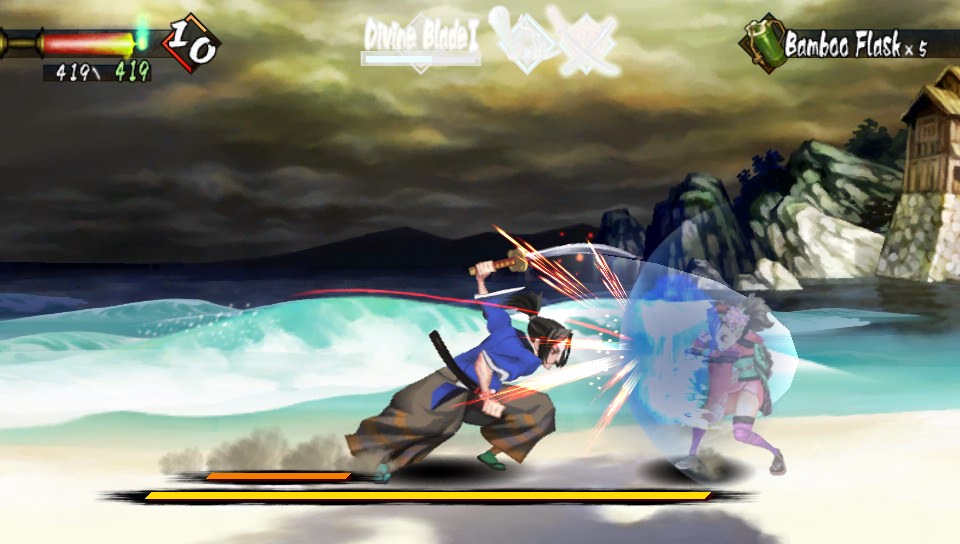 Okami had dungeons and light Zelda elements, but it was much more action-oriented and had a more embellished story. Similarly, Muramasa has an interconnected world gated by certain upgrades, like a Metroid game would. But that sprawling map is watered-down, favoring direct linear paths gated by the correct sword. The Action RPG elements take up most of the screen time. You deliver combos, deflect and dodge attacks, learn enemy attack patterns, and exploit weaknesses. Metorid utilizes that approach to combat at well, but it balances combat with exploration. Muramasa on the other hand, focuses mostly on combat.

Don’t think of Muramasa Rebirth as a Metroidvania — if you do, you’ll be disappointed. Think of it as a linear Action RPG. However, as a Metroidvania fan, I think fellow genre enthusiasts will find plenty to enjoy in this game, too. 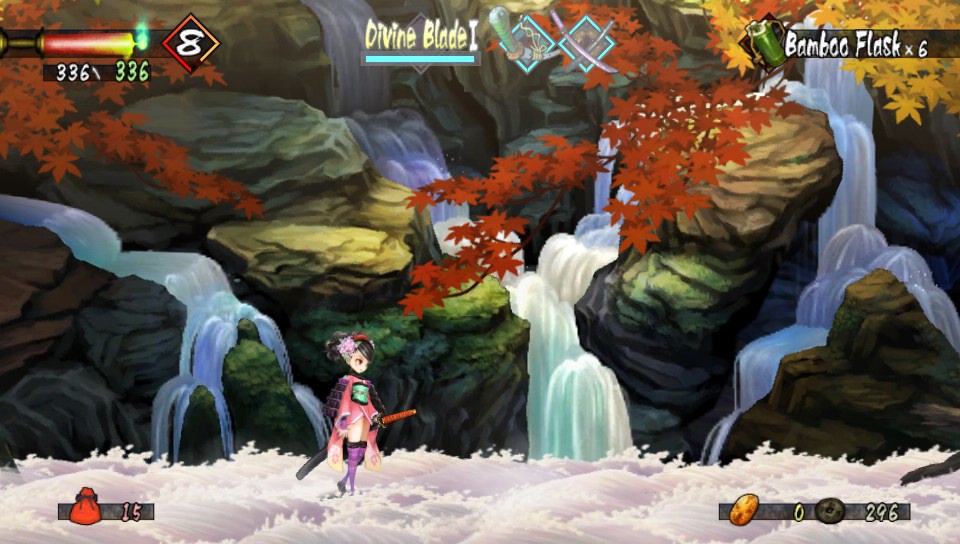 Visually, Muramasa Rebirth is stunning. Every new area, every new room, is loaded is exquisite detail in the set pieces and animations — golden wheat sways in the wind, streams rush by, golden clouds swirl around. I sometimes miss the enemies in front of me, because I got distracted by something gorgeous in the background. This is a game where you pause often; it’s very photogenic.

Speaking of enemies, you progress the game in three ways: 1) leveling up, 2) acquiring stronger swords from bosses, and 3) forging new blades. By acquiring souls from enemies (not to be confused with that one game…) and then acquiring spirit from dining at local restaurants, you can forge stronger weapons with improved special attacks. The restaurants are adorable — each food you order is a visual treat, pun intended. 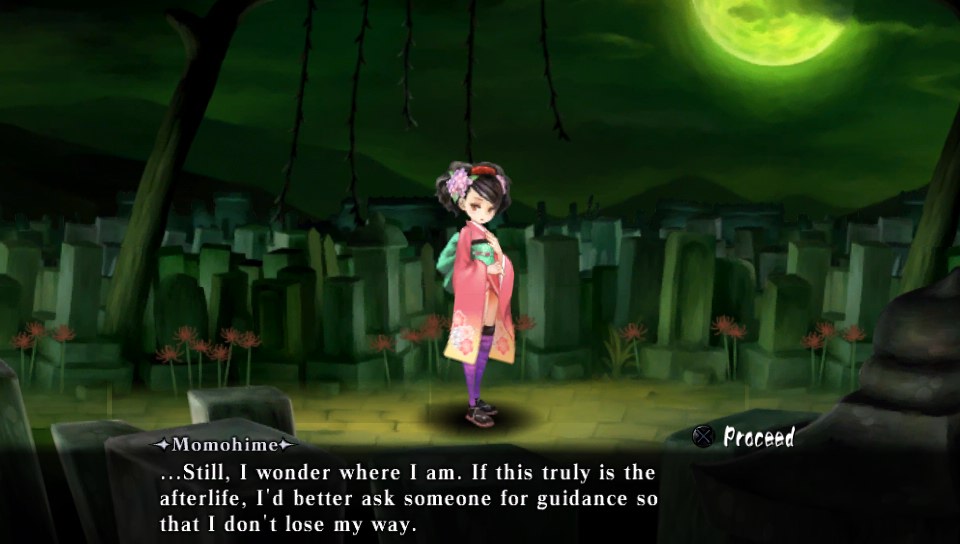 Muramasa Rebirth’s story is told in two parts — Momohime’s story, and Kitsuke’s story. At first they feel very disconnected, but as you unlock more parts of the ending, you see where their stories intertwine. It’s a rather dark tale steeped in Japanese mythology, exactly the sort of thing I love. 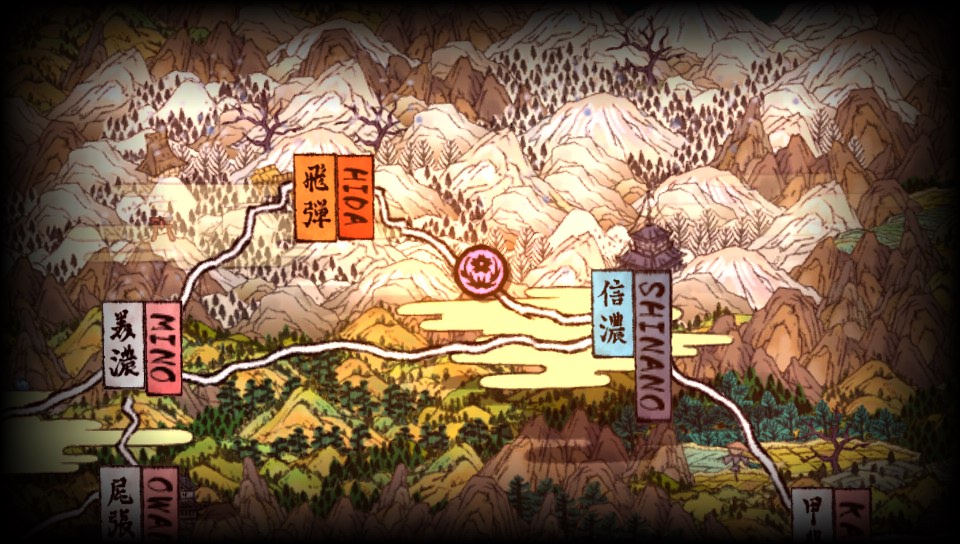 In a 2D game, no matter what genre, the level design takes a vital role. There are several segments of Muramasa with well-paced, maze-like areas. However, these sections are stringed together with long stretches of flat pathways. A branching path will appear here or there, but they’re infrequent. As beautiful as the backdrops were, backtracking along these paths was never very interesting. Thankfully, after the first endings, you can fast-travel, but I’d prefer backtracking over better levels than skipping uninteresting ones.

But that’s really my only complaint with this game. Muramasa Rebirth delivers tense boss fights, a fluid and fast Action RPG system, and a beautiful world that I can’t recommend enough.

One thought on “Muramasa Rebirth: Okami in 2D”