She’ll patiently listen to me gab on about the most recent game I’ve played, even if the game isn’t cute or funny or not Animal Crossing. Sometimes she’ll even watch me play the whole thing — my Blind Nuzlocke playthrough of Pokemon Sword was quite a tense experience, and she provided helpful feedback on which cute Pokemon deserved to be in my party. Her commentary was also more interesting than 99% of any character dialogue in the game.

But a series like Fire Emblem was the last thing I expected her to take an interest in. 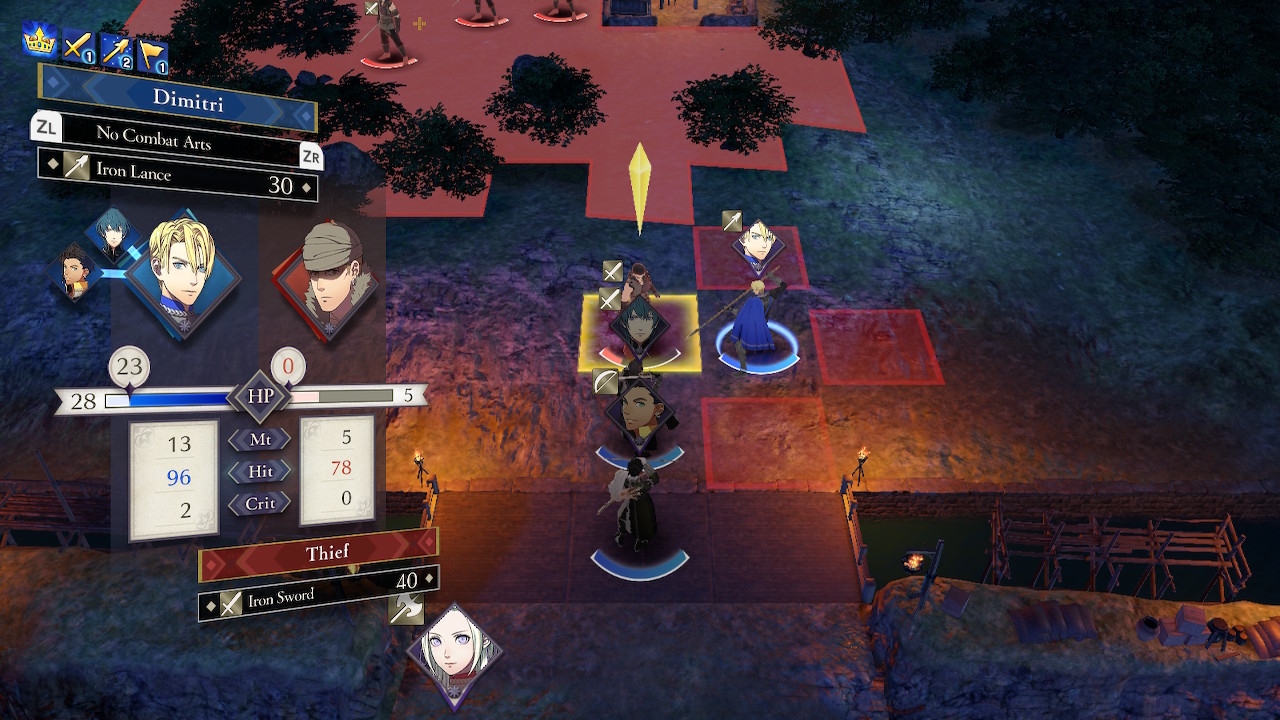 Last year when I went on and on about Fire Emblem Three Houses, she listened to me as usual, and perked up a bit when I described the monastery part as a Harry Potter Simulator. She watched me play it a couple of times and loved the tea party and “dating” parts, though she still judges me for S-Supporting Mercedes on my first playthrough.

And then this January as we thought up indoor things to do, she decided she’d give the game a try. 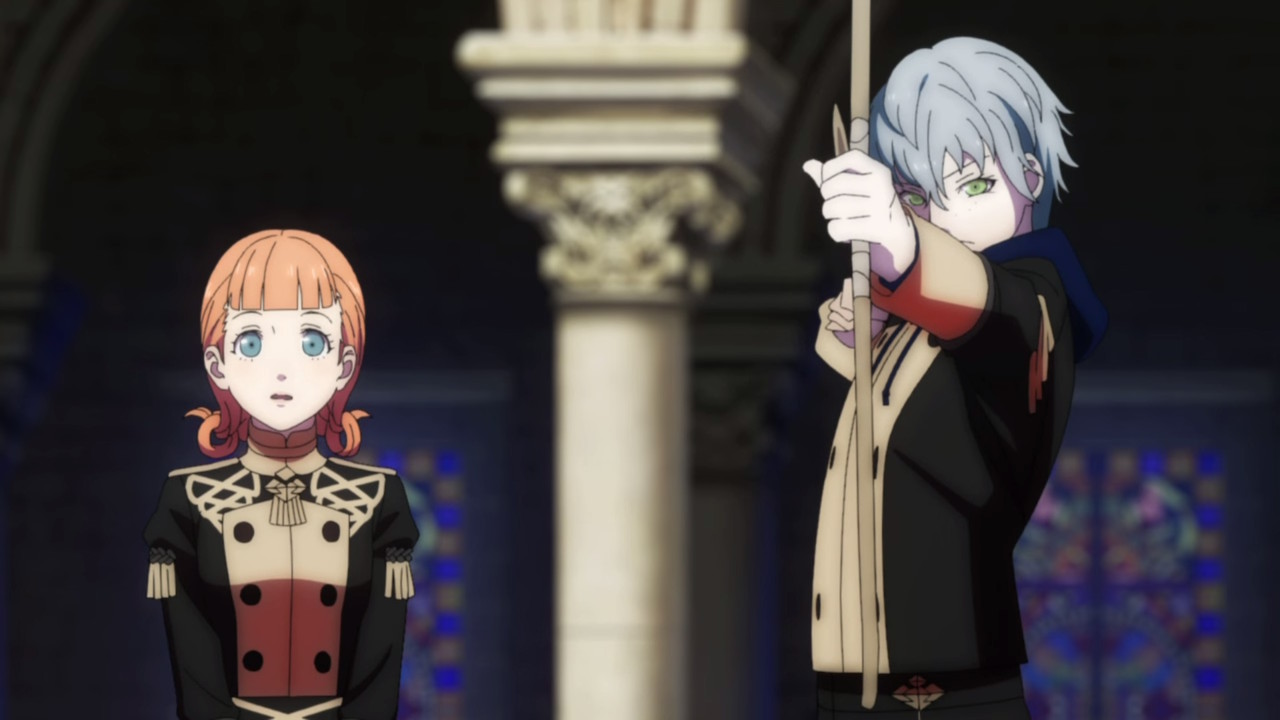 She chose Blue Lions, and within 2 hours she was put off by the battle system. To be fair, learning about a battle system as complicated as Three Houses’ is like drinking from three fire hoses at once. So I agreed to fight the battles for her and then hand off the controller for the story and monastery portions. It was a fun challenge for me because she made choices on her students that I wouldn’t have picked.

She adored everyone in the Blue Lions. Well, everyone except Mercedes. She became acquainted with what I think is Three Houses’ best asset: the cast. They all begin as fairly easy-to-understand anime tropes, but as they all bounce off each other and experience the world’s events together, they all developed into their own. In a big-picture sense, having the player affect the storyline in such a massive way makes for an immersive role-playing experience. However, the day-to-day role-playing and decision making was a bit of a disappointment. Outside of adjusting a few support points, conversation prompts rarely mattered. The story is railroaded, even during situations that had reasonable cause to choose a different path. The Support Conversations also are showing their age, as some character growth from one support didn’t carry over into the next person’s support arc. It was all fairly frustrating for her to watch.

And yet the characters were so strong that they pulled the rest along. We ended up calling them “our babies,” because we cared about them so much. She loved sitting at lunch with them, teaching them, and having tea with every person on their birthday, even if she didn’t like them. I can tell when she really likes a game when she pulls out the wikis and tries to min/max everything.

As a warning, the rest of the post is full of spoilers for the Blue Lion, Black Eagle, and DLC.

I didn’t expect Dimitri to be so dynamic a character. He went from earnest sad boi to mentally unstable, to maniacal, to violent butthead, to repentant and responsible. The moment after the time skip where he says “I should have known that you would come to haunt me as well” made me tear up. That is still is one of the strongest lines in the game. He helped me move on with my own form of survivor’s guilt. I have felt my own version of having the voices of the world demanding so much from me, and realizing that I needed to live for myself and let the guilt go for not living for others.

And then when she decided to do her second playthrough, she decided to give the battle gameplay another chance. After watching me play her battles, she picked up on how it worked and what strategies to use. She chose Black Eagles the next time, and this game proved that it’s just the game that keeps on giving. It’s a testament to how well the characters are written in the beginning half that they have legitimate personal reasons to change alliances and find answers to other questions they asked but set aside in Blue Lions. 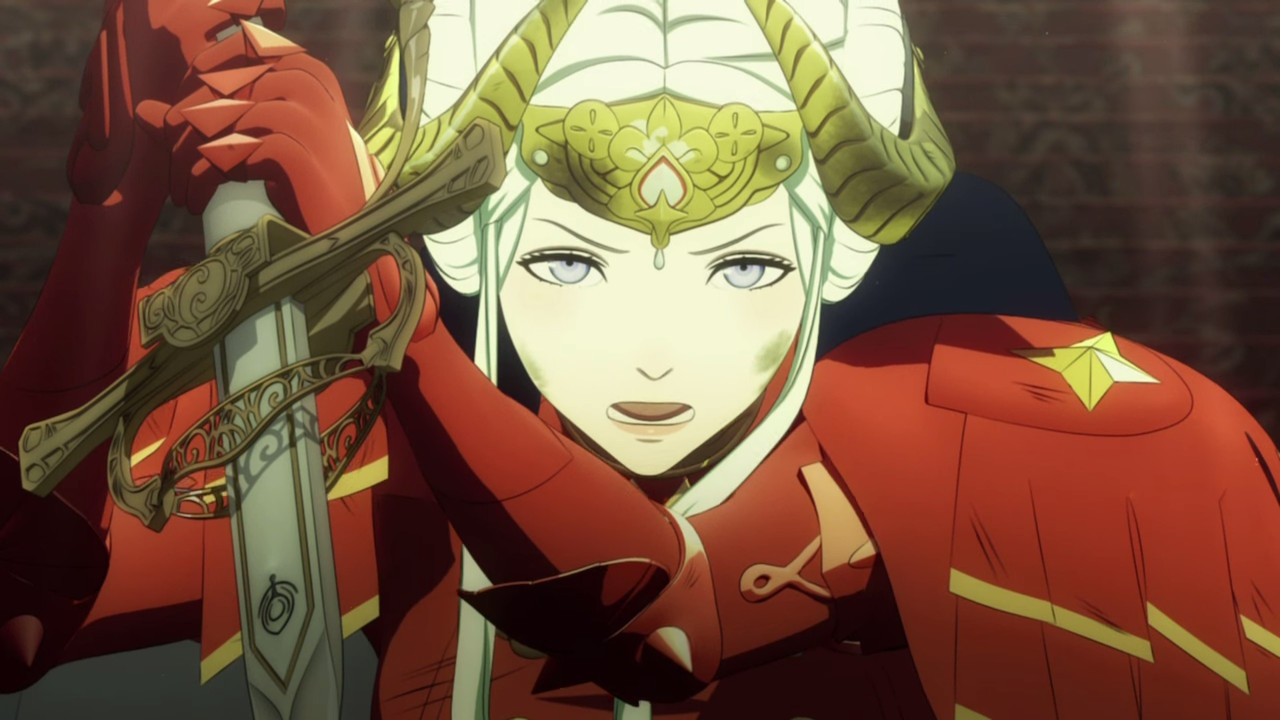 Edelgard is not quite as developed as Dimitri, but I thought her route is much more satisfying from an overarching, continental perspective. I never liked the Church of Seiros, and watching my wife dismantle that oppressive regime was incredibly satisfying. The ending was also the most satisfying ending I ever saw for Byleth. Although Edelgard set things up where I don’t know if she’s actually going to make that much better of an empire than the church did. Yet again, no one is completely in the right.

The Church route is rather underwhelming. I don’t have much to say for it. I also played the DLC and my wife watched me play that. Almost every part of it gave me mixed feelings — the new characters, the new maps, the new quests… I really liked exploring down in Abyss, though. And I liked having more personal details unearthed about Byleth’s mother. 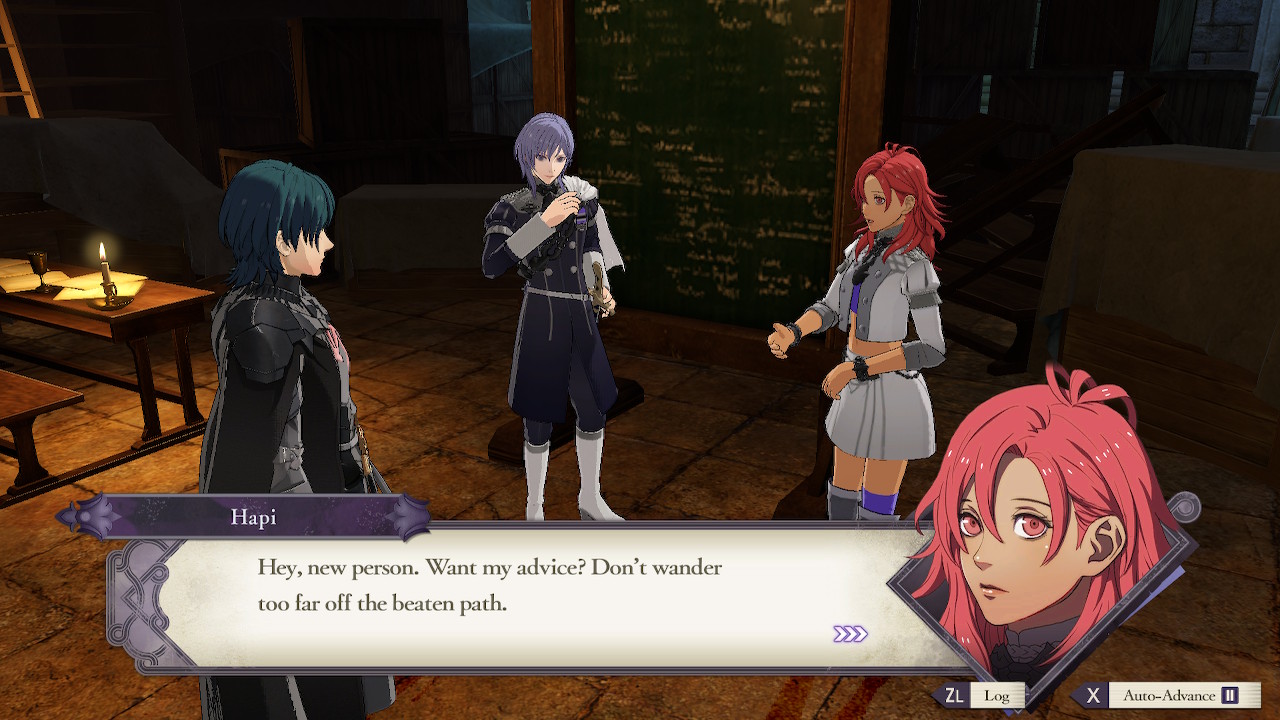 She’s now on her third playthrough, with the Golden Deer. She claims she plays it the “right way” — which, if you must know, involves her making every character fall in love with her. I wasn’t quite as devoted to every single character like she was (except for Cyril, nobody cares about him).

After the both of us have spent so many hundreds of hours with the game, its flaws are apparent to both of us. And yet, Three Houses remains the best Fire Emblem game I’ve ever played. And credit where credit is due, the game managed to win over my wife as well. It’s moments like these that I wonder if games that are “good for beginners” or “catered for newer audiences” are actually as good for the job as they say. A good fit for a beginner might just be whatever they’re actually interested in — if they really like it, they’ll learn how to play it.

One thought on “My Wife Played Fire Emblem: Three Houses and Loved It”