Firewatch is a first-person adventure game developed by Campo Santo and published by Panic. It released on PC, PS4, and Xbox One in 2016 and on Nintendo Switch in 2018. It costs $20. 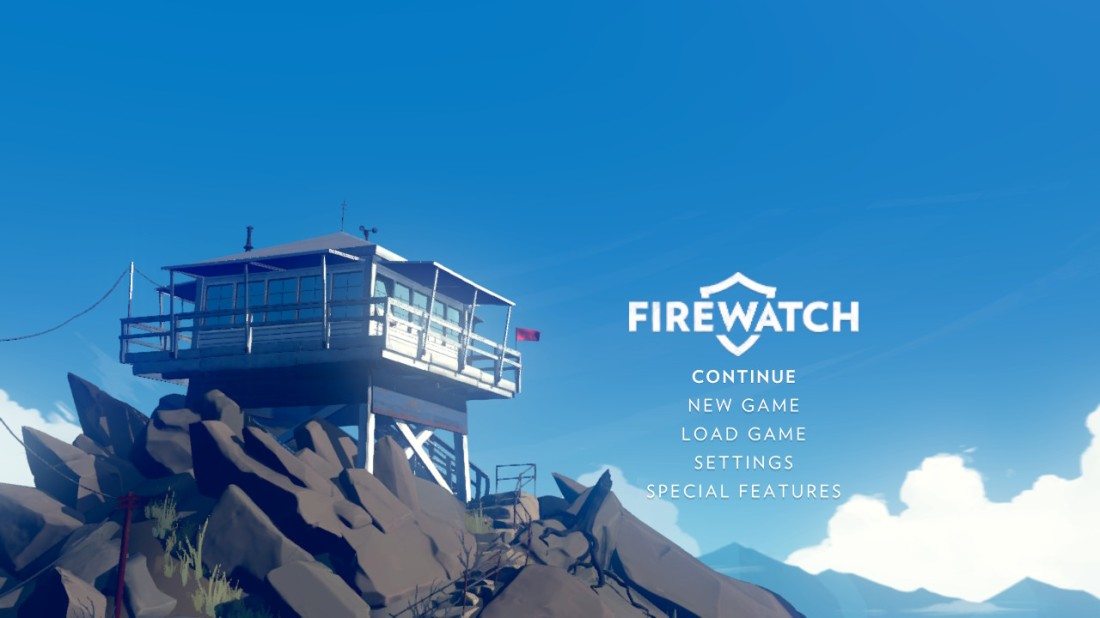 Every June from ages 11 to 15, I spent a week at a Boy Scout camp in northern Arizona. I remember kicking up the red dust on the trails, poorly rowing a canoe across a lake, attending merit badge classes, and smelling the Ponderosa pines (they smell like vanilla, and it’s lovely). Part of staying there was always keeping fire danger in the back of our minds. We always had water, a shovel, and sand at the campfire, the tents, the mess hall… everywhere. 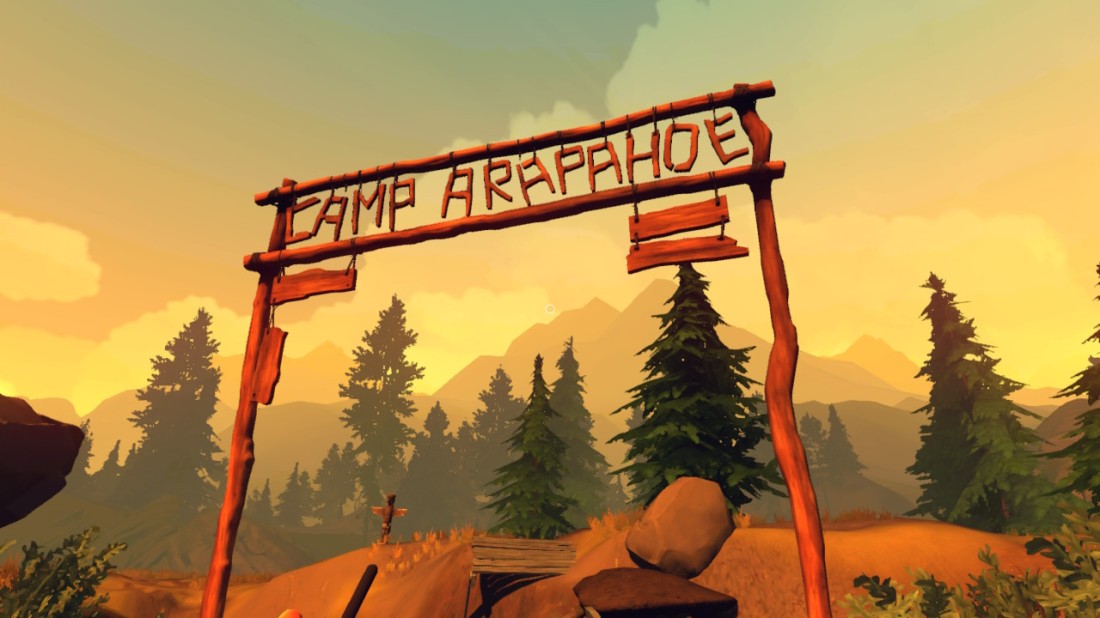 My love for outdoors stretched into adulthood less in the form of camping and more into visiting national and state parks. Every summer my wife and I try to visit some new monument that our country had the wisdom to preserve. Last year I was riding high off our most recent trip to Crater Lake National Park, and I theorized about a game set in the Pacific Northwest that had coexisting with nature be its main narrative / game mechanic.

Turns out Firewatch beat me to it. 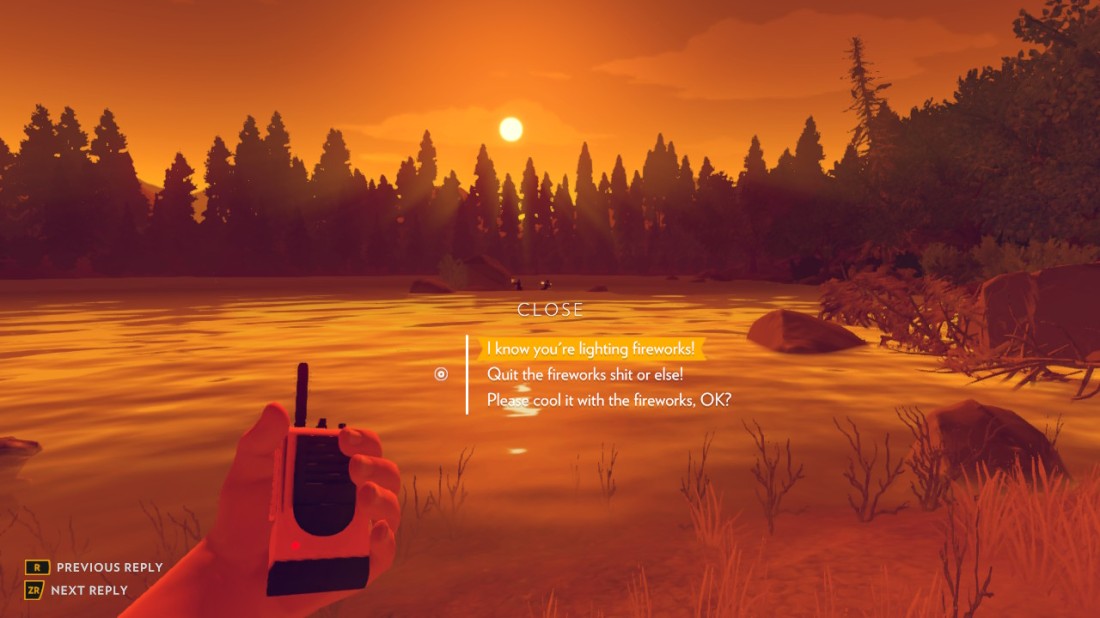 Granted, it’s actually set in Wyoming, but it’s close enough. You play as Henry, a man running from his painful life, hoping to find some escape or solace in the woods. What starts out as him stopping some kids from setting off fireworks in the park (and thus starting a fire) turns into a mystery that pulled me in hard. I ended up finishing it in one sitting.

I need to warn you, though: Firewatch was written to disappoint you. You are guaranteed to not like the ending, and that’s entirely on purpose. None of the characters are perfect, or even good people, for that matter. In a media culture that relies on likability so much, it’s refreshing to meet a characters so fleshed-out and flawed and autonomous.

Though by characters, I mean just yourself and your boss Delilah. You interact with her solely through your radio, and over the course of the summer, you develop a friendship with her. Her voice acting is so dynamic and the chemistry was so convincing that this felt almost more like a Role-Playing Game than most RPGs do. I wanted to uncover every rock and pick up every object I could just to hear their banter about it. It’s a good way to interweave gameplay and story.

The gameplay is best described as a Walking Simulator with bells and whistles. You’re set loose in your ranger area to navigate towards a waypoint, pick up relevant items, and unlock pieces of the mystery. I loved the map and how it gradually fills in with Henry’s notes and trails. I loved listening to the trees rustle and watching the sun set over a virtual Wyoming — it took me back to my summer camp days. That being said, the game has a good way of showing all aspects of nature — its peaceful atmosphere as well as its haunting isolation. 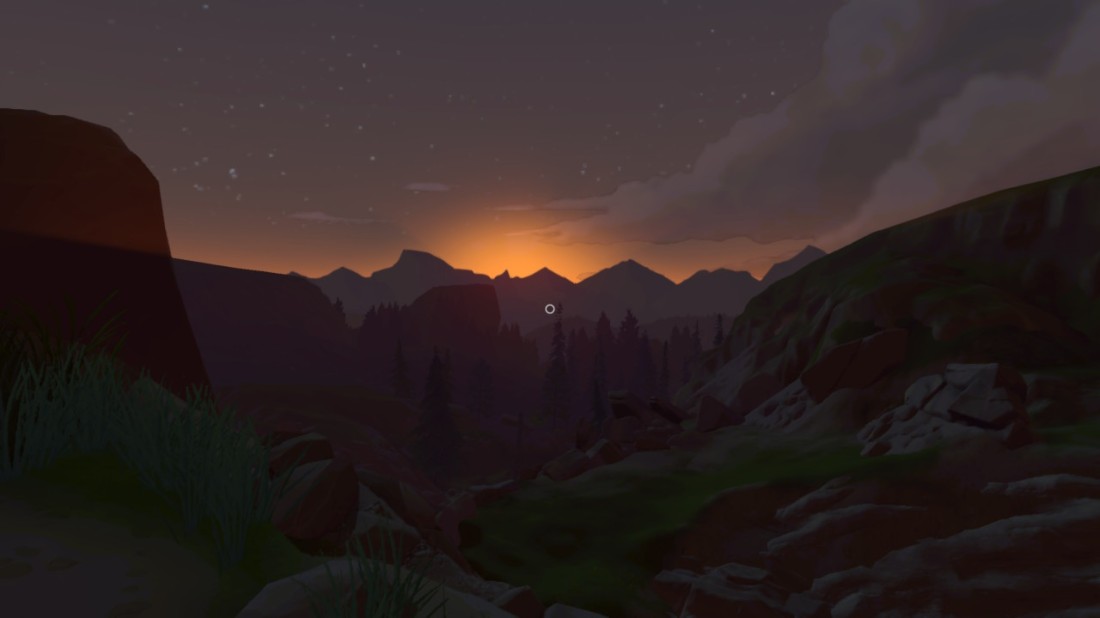 As gorgeous as its simple visuals were, I noticed that the game had some performance issues on my Nintendo Switch. While traveling through especially dense areas, I noticed framerate dips that would bump me out of the immersion. It’s nothing too annoying, but it never quite goes away completely. Given that Campo Santo is an indie studio, and that developing a 3D game is infinitely more difficult than a 2D game, I can give them a pass, but you might want to buy the other versions if you have other methods of playing this game.

If you like getting lost and simply existing in a virtual setting, then this game is for you. But be warned, half of the game is figuring out where to go and how to make items work, so if you don’t enjoy that, you won’t enjoy Firewatch. For me it’s an indie gem that took several narrative risks and mostly stuck the landing.