Bravely Default is a JRPG developed by Silicon Studio and published by Square Enix. It released on the Nintendo 3DS on February 7, 2014. I played it in 2020. Screenshots are courtesy of Nintendoeverything.com and Square Enix. 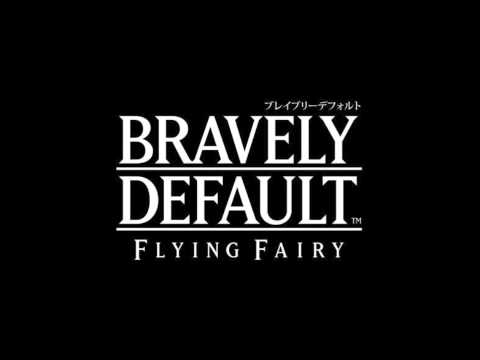 Bravely Default is full of peaks and valleys. It starts as an homage to classic JRPGs, with four Heroes of Light, four elemental crystals, and a world in peril. It follows every point of the JRPG blueprint, with all the strengths and weaknesses of the genre. The last one-third of the game, however, becomes this meta-analytical discussion about JRPG tropes.

It performed a familiar dance with a few clever twists, but it also missed plenty of key moments in its routine.

Let’s start with the turn-based combat, which revolves around the eponymous Brave / Default system. Basically, using Default lets you defend and save up energy, and Brave spends that energy to take extra actions on your turn. The strategy comes down to timing – when to Default and when to Brave. As a fan of Octopath Traveler, which uses a similar system, I love the layers of strategy this approach allows for. It leads to thrilling risk vs. reward battles. However, as Bravely Default came before Octopath, it has a few kinks in it. In normal random encounters you can opt to fully Brave on the first turn and curb stomp a normal enemy. It makes random encounters quite trivial, and it’s only in the boss battles that you can truly see this system shine.

On top of that, there’s an extensive job system. Each job has its own level that you have to build for each character. It’s worth mixing and matching to set up unique skillsets and stat buffs. I liked this system in Octopath Traveler, but in that game, there were only 8 jobs total. In Bravely Default, there are at least 20. That sounds better, right? More content, more customization? In reality, that means you have that many more jobs to learn, manage, and grind for. It’s too many. It was fun to unlock a job and experiment with it for a while, but often I would unlock a skill that would fit well on a different character, and thus the job grinding was never ending.

I like grinding in a JRPG. It’s relaxing. I often do it at the beginning in order to learn the mechanics and form strategies. Later in the game, however, I tend to shy away from it unless I absolutely have to. Yet no matter how strategic I was, I had to grind levels throughout Bravely Default’s entire story. To help with this, the game allows you to adjust the encounter rate and turn on an auto-battle option. To some, this may seem like a Quality-of-Life improvement. To me, this seems defeatist. If the game itself is not interested in its own combat and just wants to get itself over with, then why should I care? It should challenge me through its design rather than with higher numbers. Again, the exceptions to this are the bosses, all of which were satisfying to outsmart.

And this leads me to the story. Now, to fully explain my feelings about this game, I need to spoil the big mid-game reveal a little bit. You play as a plucky band of four travelers – a boy recently orphaned thanks to an earthquake, a vestal of one of the elemental crystals, a dashing amnesiac, and an earnest girl who turned traitor on her Spartan native country to join the party. The cast is full of tropes. Eventually, though, each of these characters come into their own, especially Ringabel and Edea with their late-game reveals and developments.

Once you’ve awaken all four elemental crystals, you’d be tempted to think that you’re at the end, but in reality there’s still 15 to 20 hours left of the story. To keep it as spoiler-free as possible, it dives into meta-commentary on the RPG genre involving parallel worlds. That sounds like an interesting idea, but it’s poorly executed. Essentially, you have to repeat the same main quest on other worlds multiple times. It’s a never-ending road trip. Just when you start asking, “are we there yet?”, there’s a final twist with a behemoth of a boss fight. At least the game ended on a good note.

In most JRPGs I can be patient with a slow beginning or lackluster middle-section because usually the more I invest in it, the more rewarded I feel. Whether that’s the game’s combat expanding, the story deepening, or the characters developing, I find myself pulled in by the end and pondering its themes in my downtime. Bravely Default, though, was so full of late-game frustrations and tedious job grinding that I lost those feelings along the way. By the time I saw the credits, I set down my 3DS and sighed. I really wanted to like this game more than I did. It’s not bad, but it could’ve been so much more. The weighing scales of my opinion had set against the game once the first parallel world began, and the ending did little to move them. 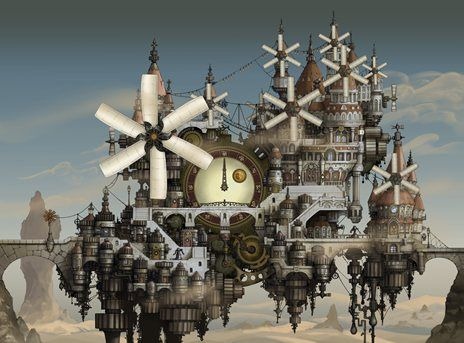 To its credit, Bravely Default is a stylish and beautiful 3DS game, with a distinct storybook feel. It mixes the refined elegance of Final Fantasy with adorable chibi characters. I kept the 3D effect turned on because it felt like I was moving around an interactive pop-up book.

I don’t exactly regret playing Bravely Default, but it’s certainly difficult to recommend this game to anyone. Perhaps in 2014 it was a more ground-breaking title, but it’s plain to see that the game has aged poorly. Octopath Traveler has improved the formula in every aspect. With Bravely Default II looming on the horizon, I’m a little wary of it. If they 1) fix the job system and 2) write a better story, then I might check it out. But for now, I’ll take a “wait and see” approach.