Ever Oasis is an Action RPG with Zelda-like elements developed by Grezzo and published by Nintendo. It released on the 3DS in June 2017. Screenshots are courtesy of Nintendo.com. 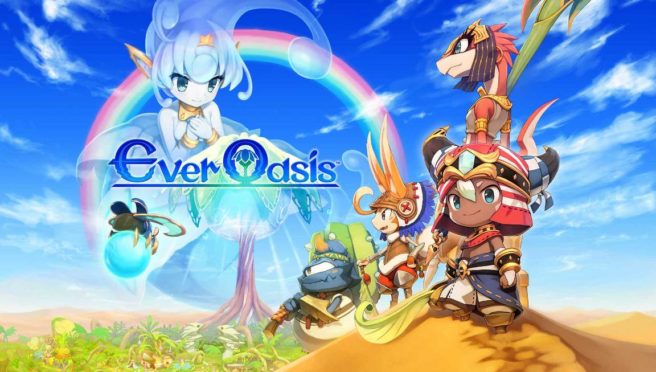 Amidst the hype of the newly-released Nintendo Switch, I feel like this game got lost in the shuffle of 2017. It’s tragic. Imagine you were assigned to work on the 3DS’s Ocarina of Time and Majora’s Mask remakes, and then Nintendo gives you free rein to make your own IP? Sounds like a dream, right? That’s exactly what happened with Grezzo, and yet it seemed like no one paid attention to this title. I can’t exactly blame them, but still, you don’t often get to play a Zelda-like game from people who actually worked on Zelda games. In Ever Oasis you play as a Seedling Chief, a creature with powers to control the wind. After losing your home, you team up with a water spirit to create an oasis and help the creatures of the desert. Other oases have been disappearing due to the forces of Chaos, and it’s up to you to 1) create a happy and thriving oasis, and 2) eliminate the source of Chaos in the desert. 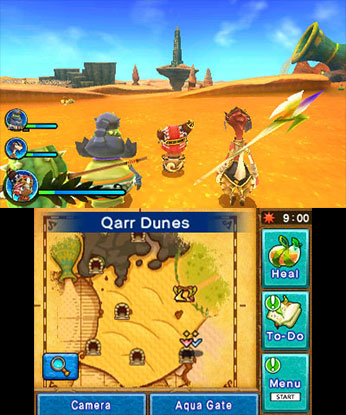 In a way, Ever Oasis‘s gameplay feels like the spiritual successor to Zelda II: The Adventure of Link. You explore a large desert with several different towns and dungeons. Despite being a desert, the locations were varied enough that that the setting actually never got boring. Combat is boiled down to basic combos and dodging, and you can select two party members to help both with fighting and puzzle-solving. The Zelda element of finding new “items” to unlock new areas is tied to getting new party members, which I think is a cool twist on the formula. The only problem is that some dungeons need more than 3 items, meaning you have to head back to your oasis and swap party members to finish some puzzles, making the process more tedious than a simple item change. As far as the dungeons’ designs, they’re all a bit on the easy side. I’d say they’re equivalent to the Windwaker dungeons. Most are linear affairs with solid single-room puzzles. The last few dungeons have more of that whole-dungeon navigation that’s so satisfying to figure out. I’d say the Action RPG and Zelda flavors blended quite well. 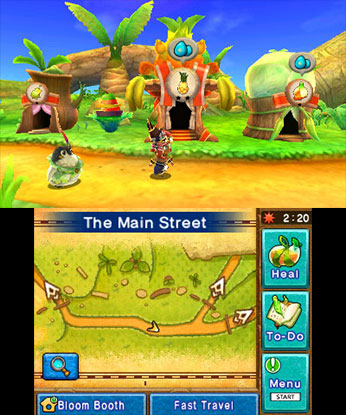 There’s also a third flavor to the gameplay: the town-building elements. As you acquire more residents for your oasis, it can level up, which gives you a boost in stats. Seeing your oasis grow bigger and greener was satisfying to see, but the moment-to-moment managing of the oasis was somewhat tiresome. I had to keep stores in stock, keep track of the garden, and finish fetch quests for monster parts and materials. Usually I enjoy these kinds of games. It’s heavily borrowing from Harvest Moon, a game I absolutely love. However, in those games management is the main focus — Harvest Moon doesn’t give me dungeons to explore and bosses to fight. It felt like an interruption rather than a natural part of the gameplay loop. Thankfully, you quickly unlock the ability to just take care of everything from one spot. I appreciated that they streamlined the town management part for those who might not want to make the time for it. In the end, I don’t have much to complain about, and it is satisfying to have a nice big oasis with tons of people living in it. The game hinted at a sequel, which would likely come to the Switch. I’m not sure how the game sold, or how likely that sequel would be, but I would gladly play it! If they do make a sequel, I hope that it will sell better, because this is the kind of game that deserves to be a whole series.